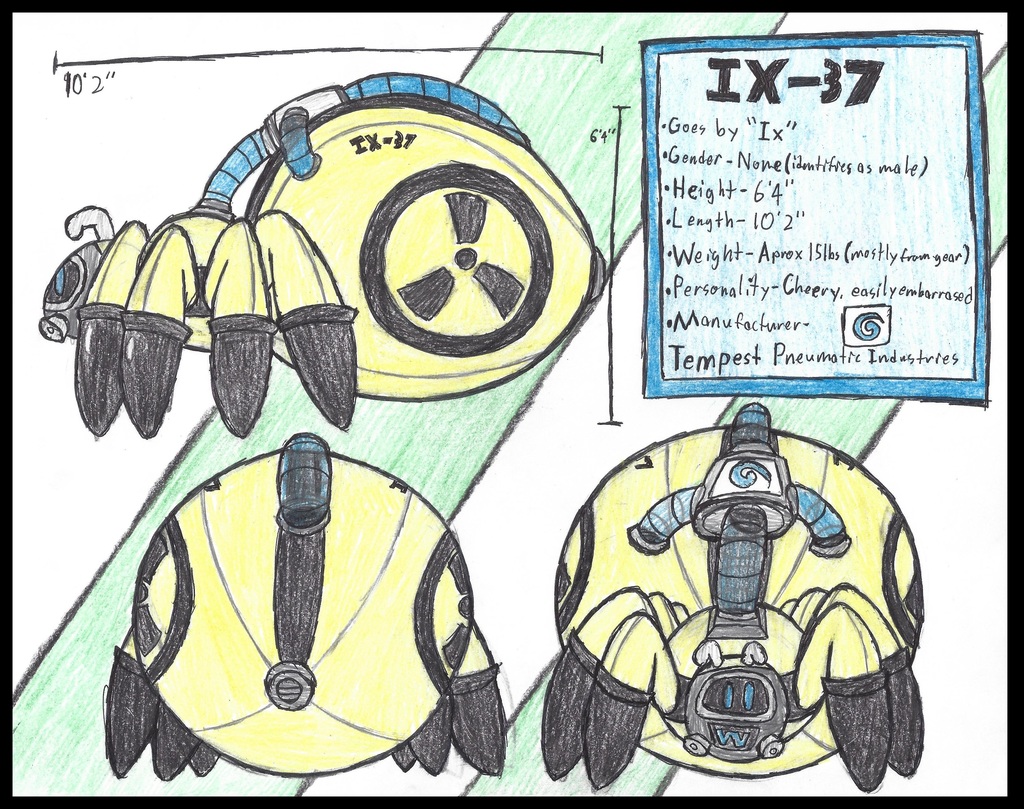 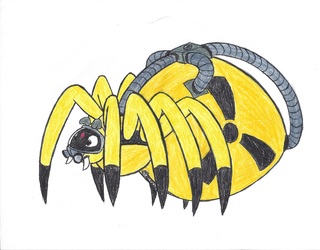 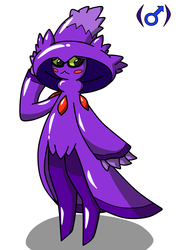 IX-37, more often referred to as simply "Ix", is an inflatable arachnid drone, created to maintain and service the reactor of a nuclear airship. Thanks to a breakthrough in fusion technology, scientists have created special helium-producing fusion reactors. As such, there has been a massive rise in the use of airships, zeppelins, and other dirigibles for transit. Even Ix himself bears one of these reactors inside his body, powering him and providing emergency helium.

Ix is constructed out of a special nanomachine-infused latex, which allows him to move without the need for clunky mechanics. His AI, almost indistinguishable from a normal mind, is housed within his mask. He's generally the cheery type, always friendly and amiable, but is very easily embarrassed. This shows the most when in the terms of his tendency to inflate himself, a hobby he enjoys quite a bit. He'll rarely ask for help with it, but certainly won't deny an offer.

So, I gave this form a proper name and bio, and made my first refsheet! I hope you all like it, and comments are appreciated!