Strangers at the fireplace by alphares 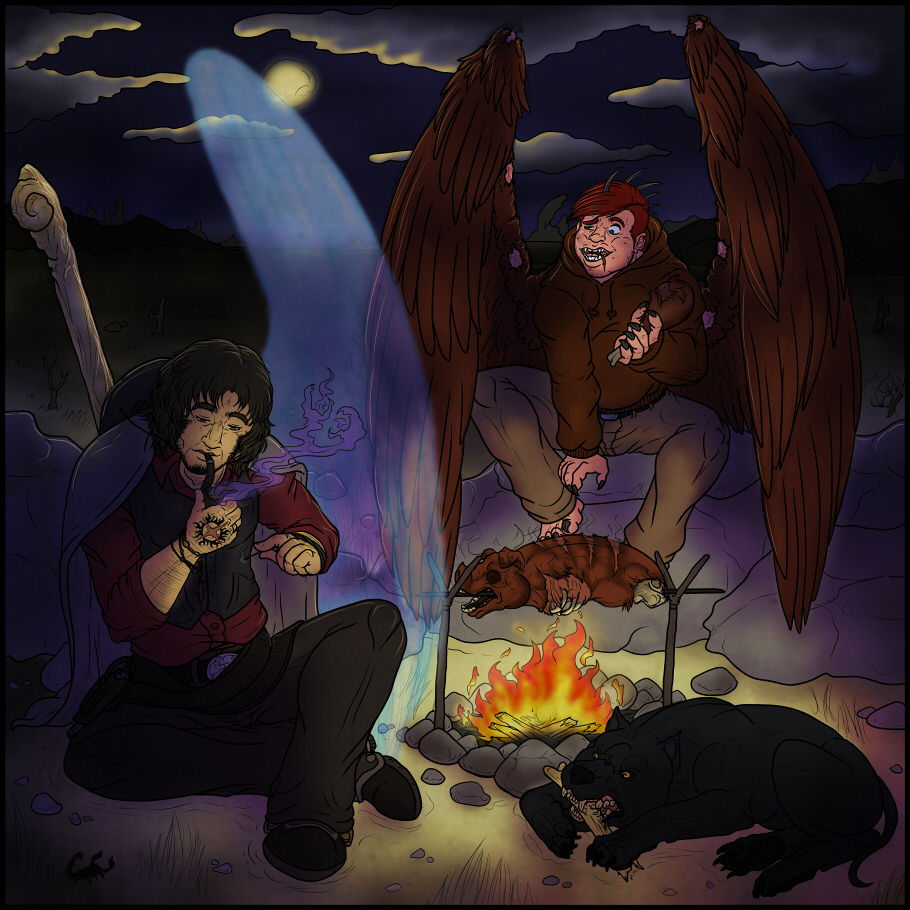 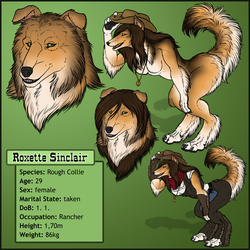 Strangers at the fireplace

Silence, only the soft cracking sound of the burnt wood and sometimes a sharp fizz from a jumping piece of ember was heard. They've been sitting on the fireplace for half an hour, enjoying their meal.

After finishing his piece the seemingly older one lit the tobacco in his pipe and took a deep breath.
"Haven't seen you around before. What brings a creature like you out in the desert?"
A slight smacking sound was heard. "I.. can't really remember.."
"It's okay, boy. Many of the folk around here can't."

Curiosity grabbed the other one's mind. He was watching the man in front of him since they got the fire going. Something was quite suspicious about him but hunger and confusion managed to keep his mind kind of one tracked on the tasteful smell of the roasted pig.
"Say, if you don't mind me asking, what's up with your wing? You're an angel of some sort?"
"So you can see it, huh?"

Santos took a deep breath from his pipe while looking at him. Smoke steamed from his mouth and nose and curled into all kinds of demonic creatures before vanishing into the nightsky.
"Nah, I'm no angel, boy. Just did some stupid things when I was young.."
"Stupid things?", his counterpart took another bite of his pig-leg "..like what?"
Santos grinned slightly and shook his head. "Got myself a family, wife, kids, sheep.. oh and maybe some sacrifices of multi eyed and legged lambs.. that sort of stuff."
He gulped down a bigger piece of meat. "So the wing's a gift? Some kind of blessing?"
"You could say so. Just tried to keep my family save and I think somebody took my longing to be a guardian a bit too literal."
"Guardian angel, huh? Doesn't sound that bad if you ask me. Where's the downside?"

He looked up from his pipe and studied his visitor a bit puzzled. Of course, he had seen all kind of things in his time around here but somebody with clearly visible, non human features, was new to him.
"You sure do ask a lot of questions, boy."

The smacking sound hat vanished and a deep crunch was heard when he bit into the pig's bone. "You never said I couldn't!"
Santos sighed but smiled slightly. "Very clever for a newcomer. Gathering information is never a bad thing."
"Gathering food isn't bad either", he eyed at the roasted pig on the fireplace.
His vis-a-vis grinned because of the other's reaction. With a swift turn he loosened the last leg of the pig and handed it over. "All yours!"
"Seriously?"
Santos just smiled and nodded. "You should have a better start in this badlands..."
"You've made some bad experiences?", was all he could make out under the smacking and ripping sounds. The flesh must be quite tasty.
"I'm merely a foreigner here, just like you. Came from the south with my family. A vaquero... gaucho..", he paused for a moment to think about the right word to use. "..a cowboy from the sandy beaches of the Southeast. They call me Shepherd around here."
An amused chuckle was heard when he looked up at the other one's meal. He already cleared the second leg without leaving any bit of meat on it. "What about you? What's your name, boy?"

The other's eyes met the last pieces of pig on the spit while he flicked away the bone, as a treat for the dog. "Say, Shepherd, what about a little game? If you guess my name you keep the pig. If not...", he placed a dramatical pause. "I'll get it!"
Santos burst out in a short laughter, nearly losing his pipe. "You little shit! You could've just asked, you know?" He shook his head with an amused grin. "Give me your name and the pig's yours."
"Aw, you're no fun!" With a hungry looking grin he watched him cutting loose the last pieces of the pig. "Call me Schaukah."

Santos cocked an eyebrow while handing him the cut down pieces of meat. "Well, nice to meet you!"