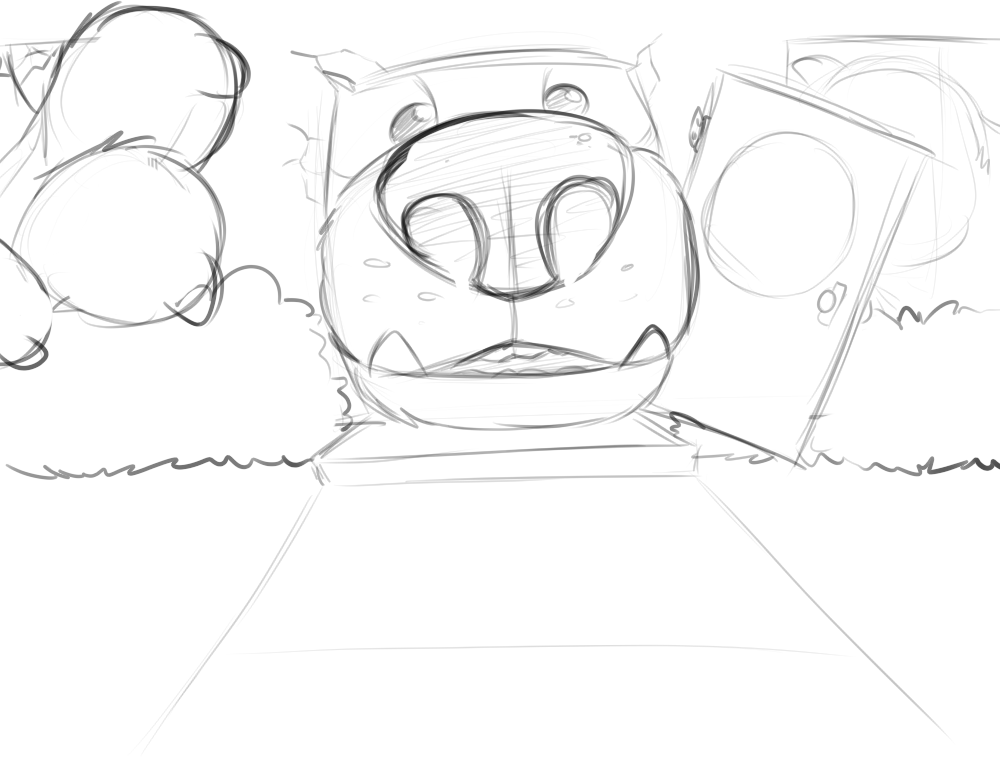 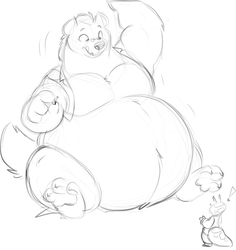 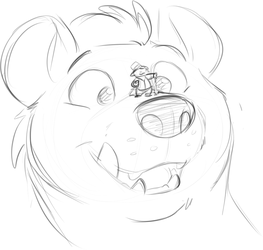 When Alkali felt his stomach gurgle this time, it shook his poor potion shop to the building’s foundations. Suddenly he found his face rammed up against the wall, practically grown straight through it. His muzzle had pushed free of the doorway, knocking the entrance nearly off its hinges. Both paws were pressed against the windows on either side of the door. No, scratch that, his right paw had just crashed through the fragile glass. He wasn’t sure how bad the damage was from the backside of the house yet but he had a sneaking suspicion it wouldn’t be cheap to fix. Luckily for the gnoll, the way the walls framed his muzzle hid the blush on his cheeks.

An illustration, or four, to go along with this Macro March gift story to Bucky! You can check out their art here, along with the cute ooze mage Din. https://twitter.com/buckdasystem