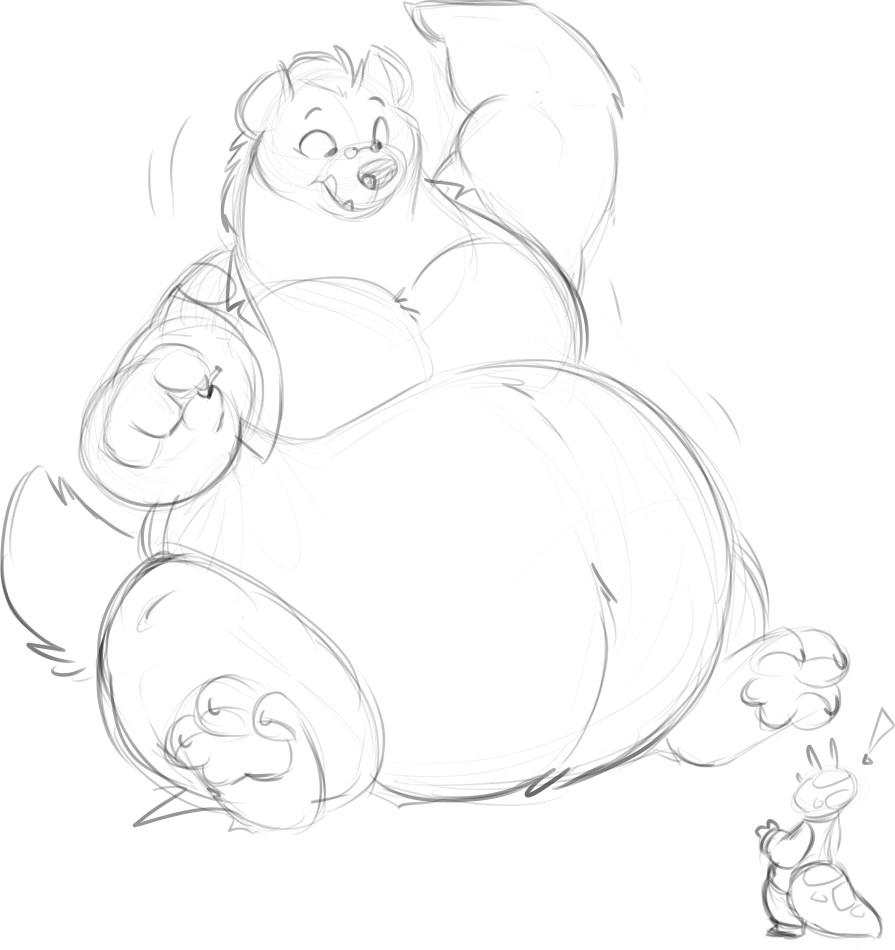 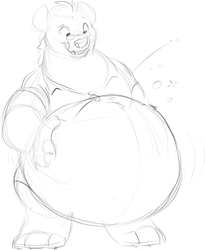 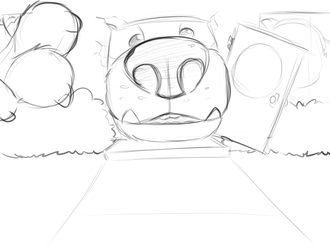 He was forced to take a seat as his head bonked into the ceiling with enough force to crack the wooden ceiling beams. Al placed a chunky hand on the ceiling to brace himself, looking down at Din over his comically tiny glasses resting at the base of his snout.

“Din. What concentration and release time did you use for that Enlarge Person potion?”

“…Oh, uh. Lots of concentration! I was super concentrated on making it for you,” they replied. Din seemed just as surprised as Alkali; that potion worked much better than expected! Maybe the next batch could be a little less sudden though.

An illustration, or four, to go along with this Macro March gift story to Bucky! You can check out their art here, along with the cute ooze mage Din. https://twitter.com/buckdasystem