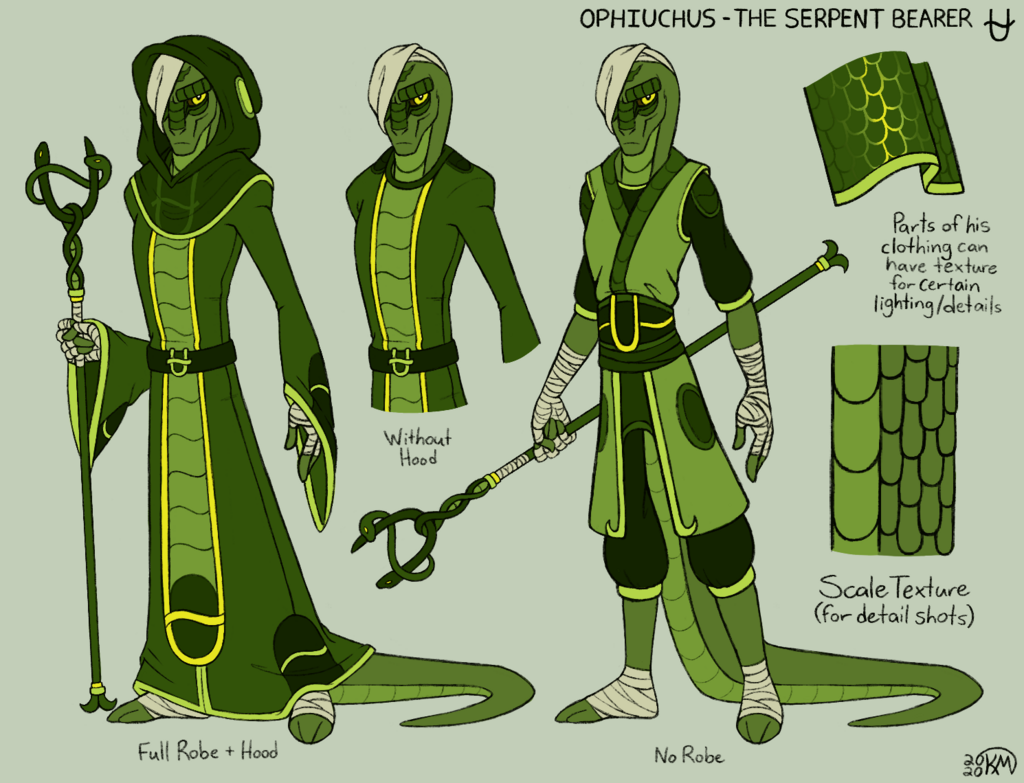 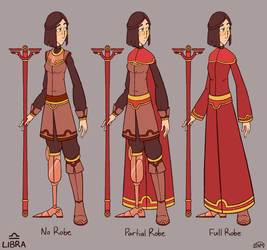 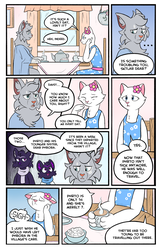 Managed to finish something while alternating between this and commission work for the day. ¯_(ツ)_/¯
Aside from an incomplete sketch about a year ago, I’d never attempted drawing Ophi’s attire underneath his robe, so here it is! Made a few little tweaks to his overall design as well, other than drawing it better in general. Since the beginning, I really wanted his proportions to sell the idea of a snake specifically, rather than just a reptile. His robe accentuates his slender body and unifies it all, especially with his robe being primarily one colour.

I kept the analogous colour scheme for the same reason. Working with a palette like this is a good exercise in tonal contrast, as you need to rely on something other than a difference in colour to separate the parts and make the design interesting. While he is the main antagonist, he still has to look like he belonged as part of the zodiac at one point, which is why I kept the colours saturated to match the others.

And before you ask, are the parallels between his and Libra’s designs intentional? Yes. The fact that they ended up with complimentary (but opposite) colour schemes was actually a coincidence, but works well for the “colour language” I’ve established for this series thus far. Cassie’s primarily red colour scheme adds to this as well, creating a good dichotomy for our protag/antag dynamic.