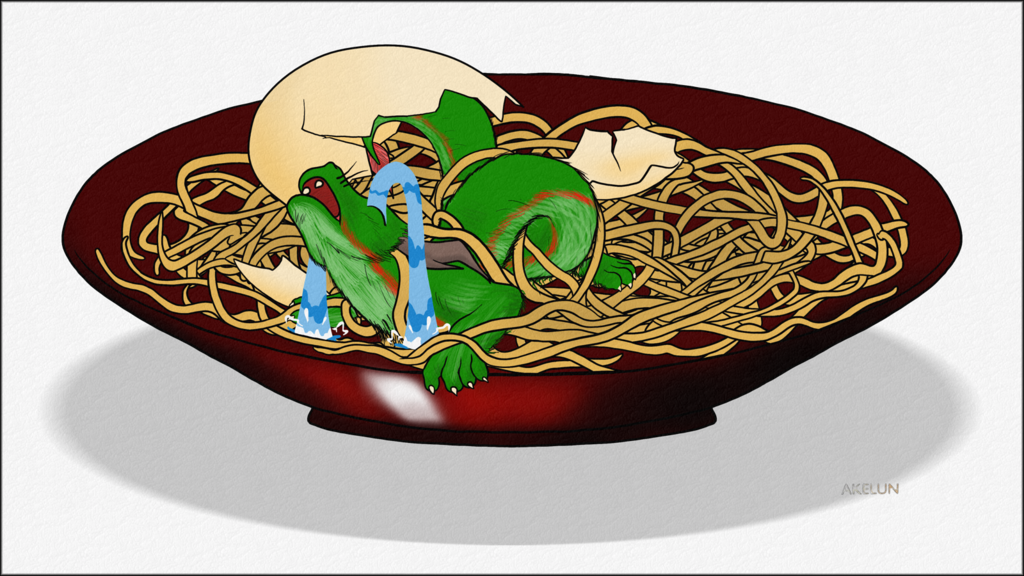 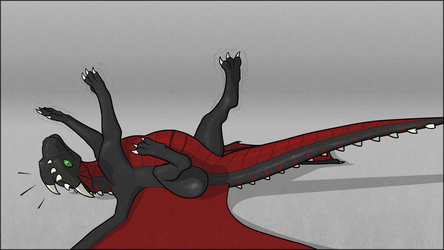 A 3 months old drawing I made just for fun, as a challenge for a challenge from Dragonniar's Discord channel, and forgot to upload.

Someone visibly wanted to prepare a good meal with pasta and an egg... But the egg's content was quite... unexpected.

Now, the poor baby dragon is all stuck between the pastas and crying to get some help.

Basically, the challenge was to make a drawing based on those 3 words: "Serpent", "Hatching" and "Fur". In the Discord, after some debate about how we could draw it, I said to someone as a joke: "You'll see, I'm gonna put your damn hatching snake on the meal of someone."... or something close enough to that (my memory is quite approximative. Excuse me, 3 months had passed since. XD).

.
And in the end, the joke has ended becoming the final result. XP

.
Made with the Open-Source drawing software Krita