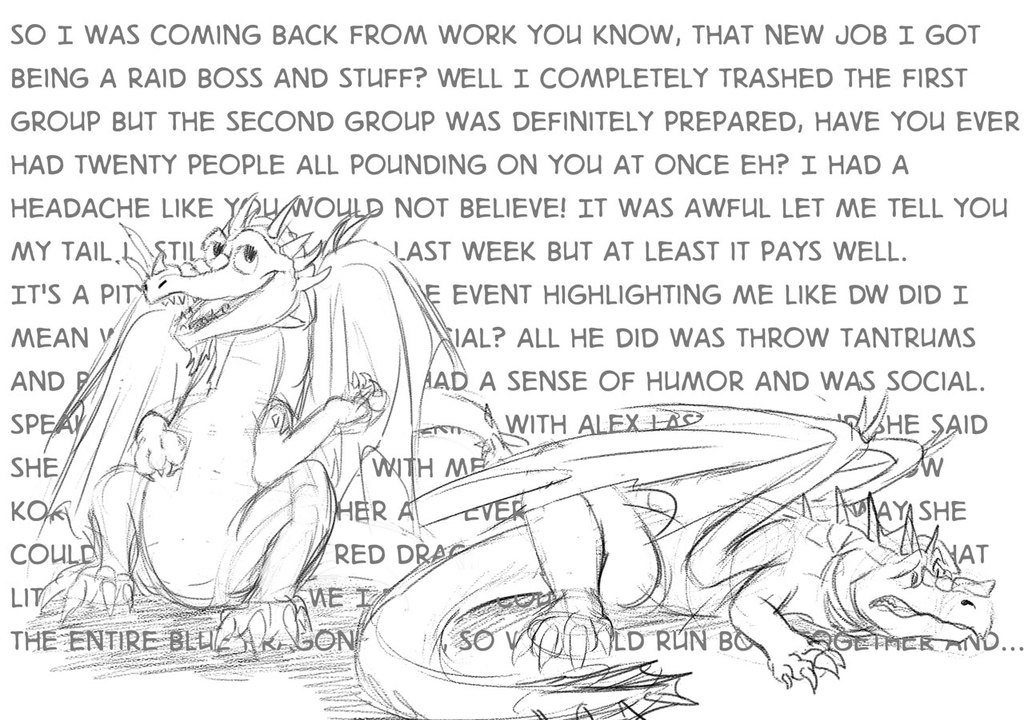 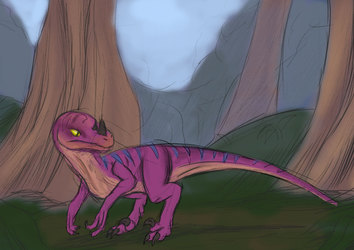 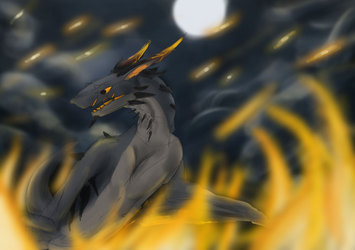 I could rant for hours about how unfairly he was treated in WoW, but instead I'll just talk about this picture.

Everything I've been told about Malygos (Sans his interpretation in WoW) portrays him as cheerful, upbeat, and something of a clown - and very talkative, much to the annoyance of his fellow dragons. He had a habit of getting repetitive when upset or excited too. Come to think of it, blue dragon males as a whole have a tendency to be a bit silly don't they? Remember Azuregos? I swear the blue dragons are every bit as mad as the black dragons xD

I was chuckling the whole time I was drawing this, which in all honesty was what kept me going and motivated. I referenced a few things in his Big-Wall-Of-Text:
-His being a (sadly kill-able) boss in WotlK and my idea that outside of the game he'd complain about the aches and bruises he'd sustain from said fights
-Raids being 20-Man instead of 40-Man now
-An entire expansion being dedicated to his former friend (Cataclysm)
-Malygos's (former) personality traits
-Malygos attempted flirting with Alexstrasza in (Day of the Dragon I believe)
-Korialstrasz's death
-An idea I had of Maly+Alex together :>
-Malygos's successor.*

*No, Malygos didn't really forget his name. More accurately I did at the time and didn't have the time to look it up since I had to get to work ASAP but wanted to finish the drawing. It's Kalecgos - which I often spelled Kalygos but I guess official material states otherwise :P

Moving on, the original concept was a Bronze Dragon being the victim of his constant blabbering (As a reference to him trolling Nozdormu in DotD) but I instead picked Onyxia for the drawing. Malygos and Onyxia are my two favorite WC dragons (Sorry Alex!) so it made sense. Besides, the blue and black dragons used to be friends :3

Oh yeah and Malygos complaining about twenty people smacking him at once? Yeah, no need to tell Onyxia that dude - she's had forty people pounding on her! Poor girl.

For the curious, this was Malygos's entire ramble - typed up on the spot and pasted into the picture:

"So I was coming back from work you know, that new job I got being a raid boss and stuff? Well I completely trashed the first group but the second group was definitely prepared, have you ever had twenty people all pounding on you at once eh?

I had a headache like you would not believe let me tell you it was awful, my tail is still sore from last week but at least it pays well. It's a pity I didn't get a huge event highlighting me like DW did I mean what makes him so special? All he did was throw tantrums and break stuff, at least I had a sense of humor and was social.

Speaking of social I was talking with Alex last night and she said she might go on a date with me I'm so excited I mean I know Korial was special to her and everything but there's no way she could run the whole red dragonflight on her own just like that little guy whose name I forget couldn't possibly manage the entire blue dragonflight, so we could run both together and..."