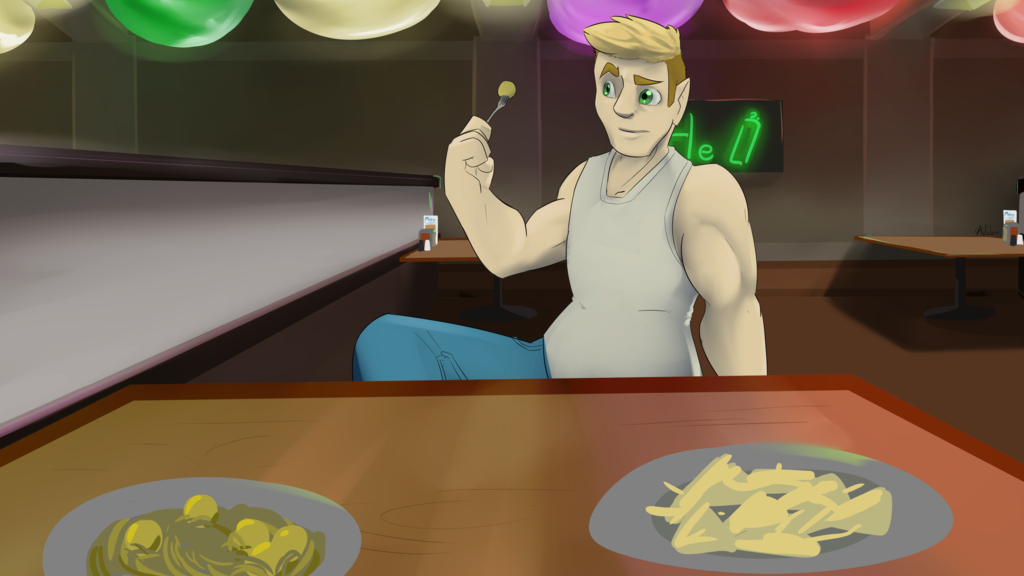 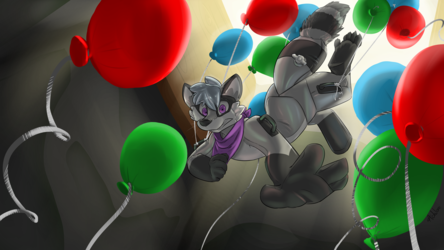 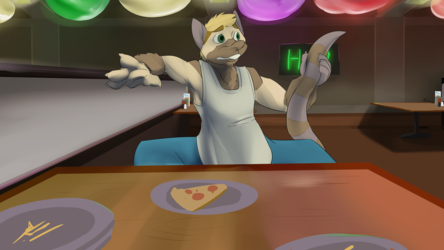 Commission for Daze-snow-leopard on FA of multi part doom and written fiction. This is vaguely within the canon of my Mana tear setting and Airbar subsetting.

Grey near nothing filled all of Daze’s senses. After what could be perceived as forever within the swirling grey his senses filled with chilling intense humidity, sounds of lapping water and the physicality of the boat that he was sitting in. Daze surfaced out of the nulled state with a start.

“Finally awake? Good.” Said a figure on the far side of the small boat, barely visible through the fog even just 10 feet away.

“Where am I?” Daze demanded.

“Exactly where you asked me to take you,” the figure replied as they drove the boat forward through the mist, “Well, I suppose that isn’t absolutely true, but it qualifies for the contract.”

Daze turned over in the boat trying to stare through the fog for any information, only met with distant long carried unidentifiable noise and faint lights through the fog. “Where,” Daze again demanded, mounting dread and something else creeped into his being.

“Just a small city on the Mana Tear,” they replied as the boat suddenly came up on a short pier, “and with that my job as the ferryman is done.”

“You can’t just do this, you need to tell me what happened.”

“Nope,” and the figure shrugged as their form unraveled into the fog followed by the far side of the boat.

The boat lurched as the farside faded into the grey and took on water, prompting Daze to leap on to the dock. Daze turned back to where the boat once was but there was nothing but fog filled air.

He stood on the dock contemplating his options but was interrupted by the fog finally eating through once dry clothing. He started up the dock to at least be closer to any solutions. He stepped off of the dock to the cobbled streets and finally the dread of the being in a completely unknown land struck him and felt his senses trying to pull off of him.

Daze started power walking just to escape his dread in his wake. His worry mounted as he passed doorways shorter than him, the worry of being somewhere where there wasn’t even humans shot the front of his mind.

He broke into a sprint desperate to find something recognizable. He thundered down a street and slipped on the fog wetted cobbles. Scrambling, barely he stayed on his feet but took it as an important sign to slow down or probably bash his skull open.

Looking around he saw a very well lit sign, if he didn’t slip here he would have missed it, the sign was recognizable and read “Air Bar”, but most importantly had a door big enough for him. Hopefully if he could read the sign the people there could also talk to him and help him.

He pressed through the door, triggering a small entry bell, to a strange scene of juxtaposed furniture sizes, while he could stand up straight in the entrance the main bar had stools of various sizes flanked by a more restaurant type space that he would have to be mindful not to hit his head on the rafters. He heard movement from behind the bar as a figure came out from the employee only area.

“Sorry sir we are closed, oh,” said a short red panda like creature which wore an apron that clearly stated I am the manager.

“I need help” Daze pled, clearly not having a good day

“Oh, more than you know, you’re not spellfluxed right?” asked the manager.

The red panda swore under his breath, “Okay, okay, it’s a lot to take in but first things first, if you are human you are going to die unless we do something about it.”

Daze’s heart roze into his throat, already half way there from the panic attack, “Die?”

“Only if we do nothing, the gist is that there is so much magic here that it’s desperate for emotion to control it so it sucks humans dry of their being in a sort of desiccation of the soul.”

“It’s going to be fine Daze, My name Jared, now go sit down and I’ll cook up something to fix this.”

“Is stress eating really a response to this?” Dazed asked, clearly displaying confusion to the small panda.

“Yes actually,” Jared replied as he returned to the back of the store, “It gives something for the magic to do instead of killing you,” he yelled from the back of the store.
Daze ducked his way to a table and shuffled into position. At least it sounded like the red panda knew what he was talking about which gave Daze something to latch on to which is the first shred of relief he has had in the last half hour.

He waited at the table for a good while and took account of the bar, the space’s theme was strange and the name was a little bit weird being “Air bar”. A theming of airtanks and some balloons hang on the ceiling between the rafters. Neon lights gave the entire space a somewhat ethereal feeling.

Jared returned with a cheese based appetizer and placed it in front of Daze, “Alright so what I have available to help you will probably turn you into a rat.”

Daze looked at Jared with a confused eyebrow raised.

“It’s rat or death, don’t worry you’ll still have thumbs at the end and you’ll be about my size.”

“Just from this will turn me into a rat?” Daze gestured at the appetizer.

“No, there is way more coming, if we want to make it certain we need you to gorge yourself, to pay it off you’ll just have to work for me for a bit.”

“You won’t owe me much, just a couple shifts of dishes, plus a job out here in a strange city is to your benefit,” Jared stated as he returned to the kitchen to make some more meals.