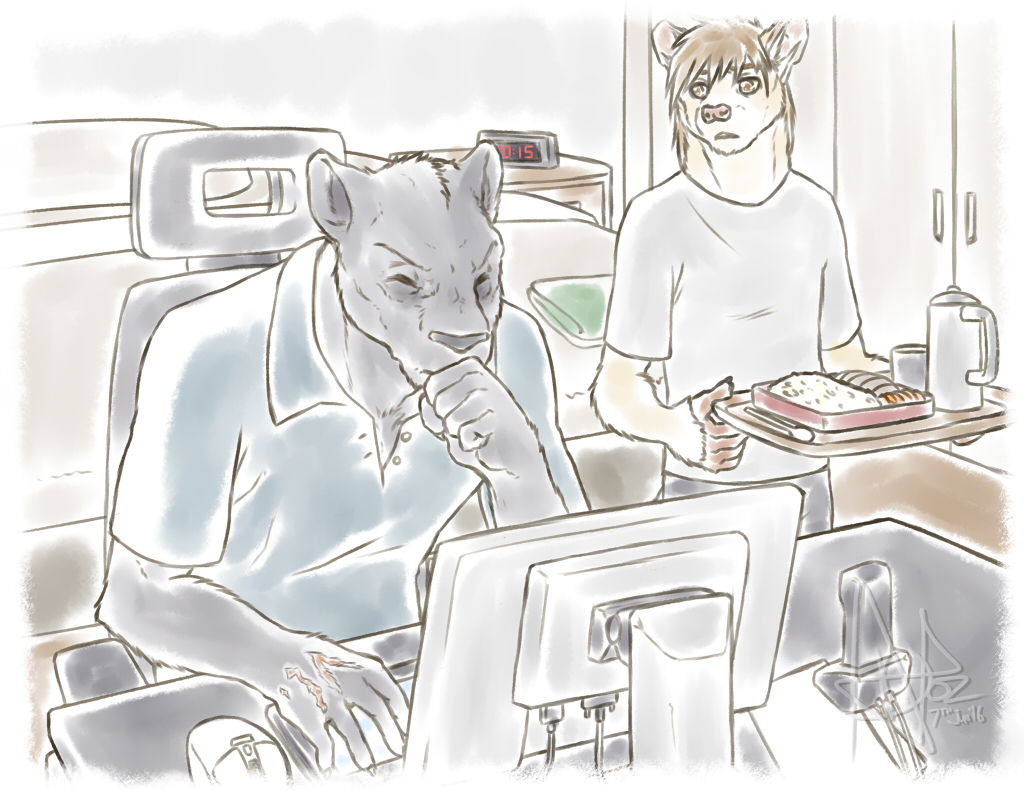 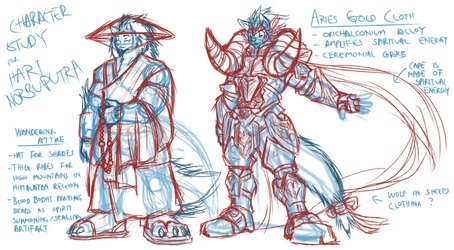 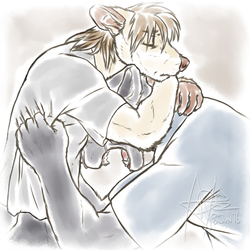 With a beep from the digital lock, a certain Common Asian Palm Civet made his way into the condominium apartment as he put away the door’s security card.

It was mostly quiet, a sliver of light leaking into the living room from the ajar master bedroom door, the apartment left practically as how the civet had tidied it earlier before he left for practice. Sounds of fingers heavily tapping on a flat surface, clicks coming from a computer mouse and the occasional short fit of coughs were heard, and the civet noted the distinct lack of smell as he walked past the kitchen going to his room, just a wet sink without any china left on the dish dryer, signifying that it hadn’t been used other for anything else other than hydration purposes.

“He’s busy I guess…” the civet thought to himself as he put his training bag down in his room, before grabbing a towel and heading into the shower, washing the tiredness from the training earlier in the day, along with his applied fur powder, down the drain, revealing the golden fur underneath.

“Better prepare something for him, he hasn’t eaten yet” Adi thought to himself, drying himself just enough for the fur drying cabinet to take over and dry the rest of his fur.
“Don’t think he’s eaten for the day at all, if that coughing was any indication.”

As per the agreement his adoptive older brother had made earlier in the year, Adi has moved in with the Spectrum’s Assistant Head Coach, Julio Onca, prior the start of the 2015-2016 season. With the Spectrums being the only sort of family Julio had left after retiring from the FBA, it made sense, according to Adi’s brother, that the young civet moved in to keep the older, retired bigfur company, Adi’s serious, but mellow personality perhaps being able to bring forth something in the older male for the better. In turn, the rabbit-rat hybrid had someone whose personality he could take advantage of to keep his brother safe, relatively speaking, since unlike before, the black panther now has something to protect, causing him to not be able to afford to lose his temper and act as recklessly as he did in the past.

After his shower, the civet prepared some rice, chicken and fish meat for the his coach, as well as brewing some Oolong tea.

“... Hasn’t been easy since he’s taken over as interim Head Coach... all that extra responsibility.” the civet thought to himself, bringing the food he’s prepared into the panther’s room, the well oiled, ajar door easily sliding open without much of the noise.

Inside the room, the panther was hard at work, toiling away from what Adi can only assume were statistical data of some sort, seeing the names of what outgoing team members along with possible draft candidate names as he took a quick glance at the computer screen, walking behind the black panther.

The cup beside the keyboard still had traces of water in it, which meant the panther at least drank a little bit just recently, but that didn’t keep the civet from getting worried as his coach started to cough again, black rings under his puffy eyes a sign that he hadn’t rested much, if not at all, for the past week ever since the responsibilities were dumped onto his shoulders.

Before he knew it, hot Oolong tea and food were splattered across his T-shirt, causing the civet to cry out in pain from the heat as he fell to the floor.

“Adi! Ah shit! Are you okay?” the bigger male asked as he hurried over to the civet, grabbing the folded towel on the corner of his bed to absorb as much of the spilled hot tea from the civet’s body.

“FUCK no you’re not… What were you thinking sneaking into my room like that!? What if I clawed you like H-" Onca seized, unable to finish the string of words, surpressed emotions and memories threatening to bubble forth.

Unable to bring himself to reprimand the civet, an exhausted Onca sat on his bed, shoulders slumped as he buried his face in his paws
“I’m so tired… I can’t do this...”

The civet was at a loss, never having seen the panther acting like this through the entire first season. He could see that Onca took his responsibilities within the team very seriously, but what he didn’t expect was the added stress of acting as the head coach before the start of the season weighing him down and breaking him this way.

“Coach…” the civet muttered as he stood before his coach, before leaning forward a little bit and hugging the panther around his head, burying the bigger male’s head onto his chest.
“I don’t know how much I can do… but please let me help anywhere I can…”

Adi’s action took the panther by surprise, but he didn’t turn the civet away, instead holding on to him as he screamed, and then cried, hard.

After cleaning up the mess and a quick shower, Adi had prepared another meal for the panther, who had now calmed down.

“Don’t worry about it coach.” the civet told him
“Please, at least eat a little, we can’t have you falling sick now. The team needs you, but please understand that you can rely on us too.”

“Thanks Adi… I appreciate it.” the feline replied as the civet placed the tray with his dinner on his work desk.
“Are you sure you’re alright?”

“Affirmative coach, I’m at full operating capacity. Present injuries, if any, are minor, and will not get in the way of practice.” Adi replied.

“I may need your brother’s help…”

Short story that's waaaay overdue. Was supposed to have done this before this FBA season started, and we're already way into the playoffs ATM XD

Started this story when I was piss tired though, so I may come back and take a look at it with fresh eyes after I wake up later and refine it, been up for about 20 hours or so after finishing this quickie x3x

To give some context though, which I'll fill in with other stories in due time, Onca here is fearful of failure after allowing himself to get close to a good number of individuals in the Spectrums, especially Adi after the accident the civet faced earlier on in the year, during the previous season right before the All Star break.
The pressure of not wanting to let what remains of those he value as family down, and the added responsibility of a Head Coach to his responsibilities as a Assistant Head Coach was getting to him given his overly serious nature, and he finally snapped when he realized that he hurt someone he was supposed to be protecting in the first place '3';;