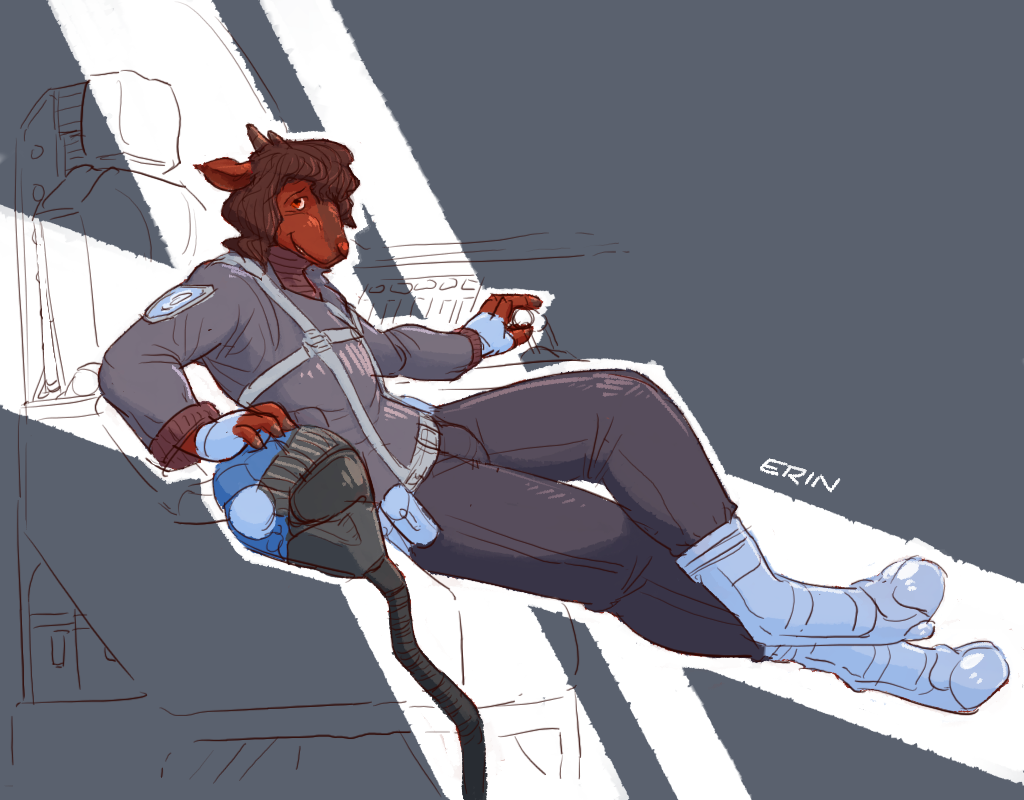 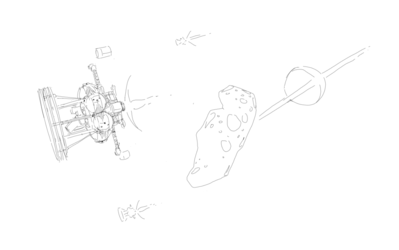 Lenasa is a skilled machinist, computer mechanic, pilot, and signals analyst. She was once an espatier - a space marine, in short - for the air forces of the Mashveyan country of Nmebes, a “station-state” governing multiple aerocities and asteroids - but she grew uncomfortable with the military and managed to file for an objector’s discharge. She now works as an agent for underground interests in aerocity Amua, along with her datemates Sonora and Asono.

In addition to tinkering with machines out of her shop at home, she is an artist and confectioner, and collector of candy recipes. She is also a tidy person, and makes a point of inspecting seats for debris before she can sit down; the sight of grime sets off a deeply uncomfortable response for her. Though powerfully built, Lena is shy and reticent in social situations, and doesn’t often go out in public unless her datemates accompany her out; and she usually takes on cerebral tasks and avoids physical combat when running jobs with Sonora.