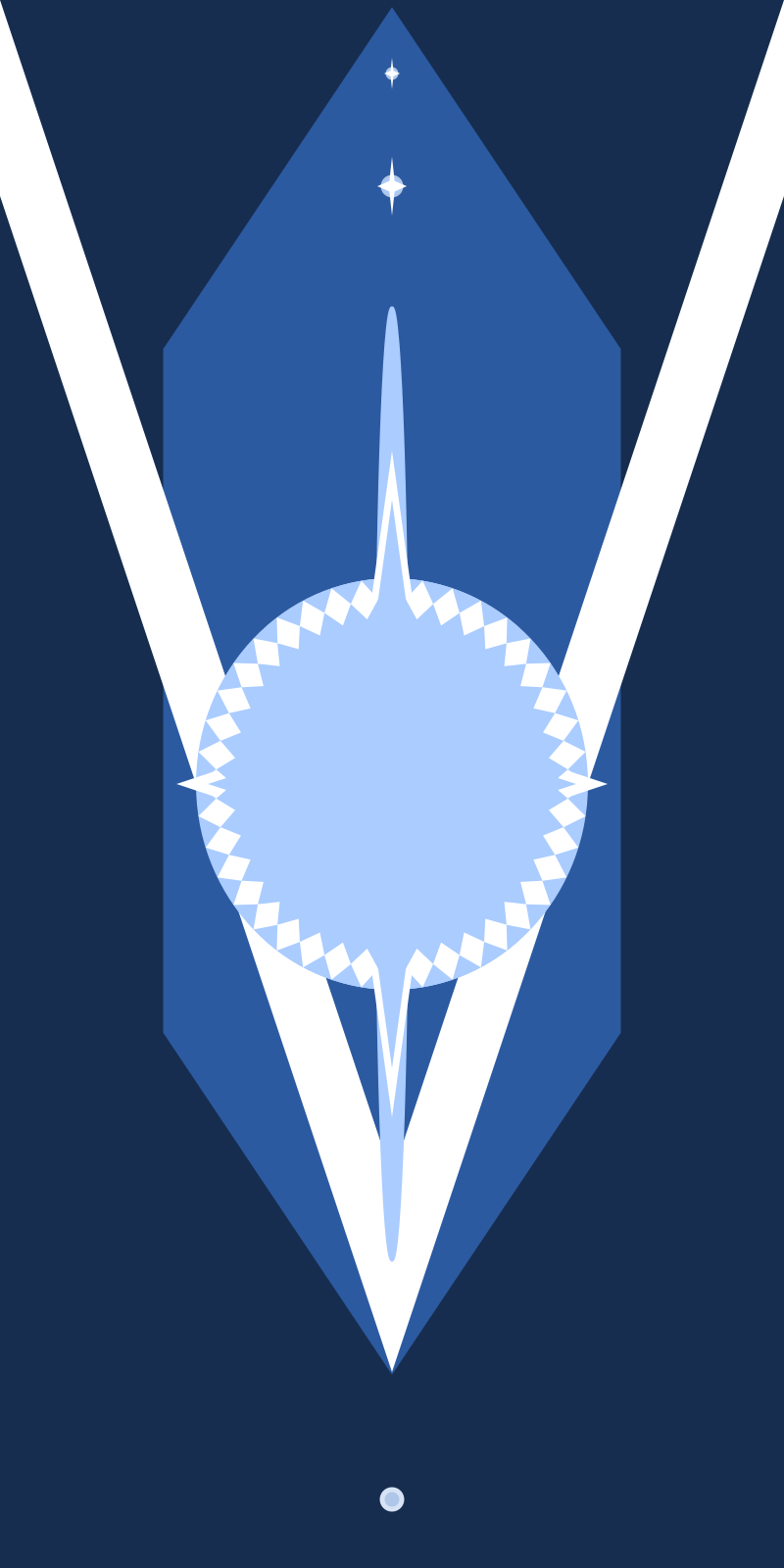 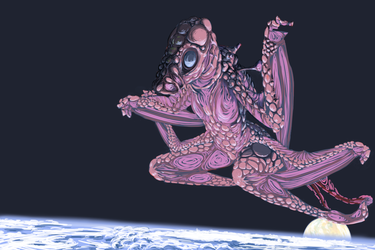 Caldo is a large nation situated in the northwest of the Great Basin depicted in this map of the exomoon Capu. It is a considerable industrial power, with a large force of spacecraft in the astromilitary of the Basin Commission. Depicted in the flag is the giant planet Matroya, to which the Basin is tidally locked and which hangs stationary in the sky over Caldo; as well as its major moons, with Capu at the bottom. Matroya figures in as a seat of one of the heavens in the majority Caldonian religion.