“It’s over,” said Ario softly to his boss as he watched the gargantuan building cave in and collapse, burying years of research and hard work in piles of rock and rubble. “Poison grenades, then this? They couldn’t have survived that, Neo or not.”

The white-furred ocelot he addressed stood silently, looking down from the rooftop at the scene as if he hadn’t heard the silver fox’s words. Below, flashing lights from police cars and hazmat trucks dotted the area around the remains of the building as soot and dust began to spread between the many buildings within the city. Officers and coroners were standing by to begin the body count.

They watched for a few more quiet minutes before the ocelot decided he had seen enough. He turned, pacing across the rooftop with his paws folded behind his back. “It wouldn’t matter if they had,” he said in a gravelly voice. “We no longer have the means to use them.”

He was a fearsome sight, not just because of his prickly demeanor, or his muscular physique, or his snow-white fur with his grey ocelot markings, but because of his face. His good eye was pure silver, but the other, clouded blue with blindness, sat embedded uselessly in the path of a scar that ran from a few inches above his temple to an inch onto his muzzle. The flesh was exposed, unable to grow a single hair. Combined with his attitude and his other features, he was indeed intimidating.

Ario was silent for a moment. He crossed his arms, watching his boss with a cautious eye. He supposed that the ocelot’s words were true, but using the Neos hadn’t been what he was thinking of. A lot of people were in that building, and most of them, if not all of them, just died, executed at the hands of the World Government for the public’s safety. Even as a mercenary, that was hard not to acknowledge. Apparently, his boss didn’t feel the same way.

“They’re making a big mistake,” said the ocelot. He stopped his pacing next to Ario, his steely gaze fixing themselves on the bodies the police were dragging out of the rubble. “Each one had been years of work. Research, Sweat, planning, money. Each one was so very valuable. Each one had the power to destroy far more than a silly building. Each one could have brought this nation to amazing heights in military power, beyond the capabilities of the planet’s existing superpowered beings. They were far beyond the pathetic existences of these… these ‘Normals’ that infest the world.”

“You’re taking it better than I had expected,” noted Ario.

The ocelot turned his head toward Ario, his grey eye seeming to bore into his skull. That gaze would be enough to fluster any normal person, but Ario met it unwaveringly. “That’s because it isn’t over.”

“Are you sure?” asked Ario. “You are already being hunted by every agency in the world. Don’t you think—”

In a flash, the ocelot’s nose was an inch away from Ario’s. One of the silver fox’s own blades was a hair’s breadth from breaking the skin on his throat. With contrasting calmness, he stared straight into Ario’s bright purple eyes. The fox stared back, unblinking and unafraid.

“And I am the only reason you and your lovely sister are not,” he said, his voice gentle and silky as night. “I can still change that. You watch how you talk to me.”

Though Ario did not threaten easily, he loathed threats. Still, he recognized the position he was in. “Noted,” he said, stifling a low growl. The ocelot slowly moved his paw away from Ario’s throat, turning the handle of the blade outward and handing it to its owner. Ario accepted it slowly, laying it flat in his paw and staring down at it as if he had never seen it before.

“As long as I have the knowledge I had when this started,” said the ocelot, leaning onto the banister, “I can always begin again. I’ve learned much from my mistakes. Project Neo can still be a reality.”

“What if they try to shut you down again?”

“Things won’t happen like this again,” replied the ocelot, gesturing to the smoking rubble below. “This time, we won’t make so many. Only a handful is all we really need.”

“Do we still have the resources for that?” asked Ario. “I thought the World Government confiscated everything.”

Ario was surprised at this news. He had been under the impression that everything had been taken, their work completely unable to resume.

“What did they miss?”

“Good. You will. And when it’s ready, so will the Normals.” 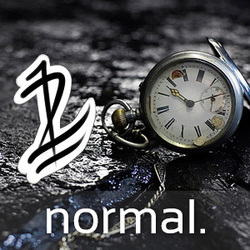 A strange scene unfolds before a mysterious ocelot and his mercenary, who discuss plans for a new project that would affect the entire world.

This is the prologue to a project that I have been excited to begin. It's a story series about superpowered anthropomorphs. Currently, there is no definite amount of chapters. It will run until the story is told.

My current plans are for it to be explicit, though sexual scenes will only occur when it makes sense in the story.

I thrive on feedback! Please let me know what you think!

All characters belong to