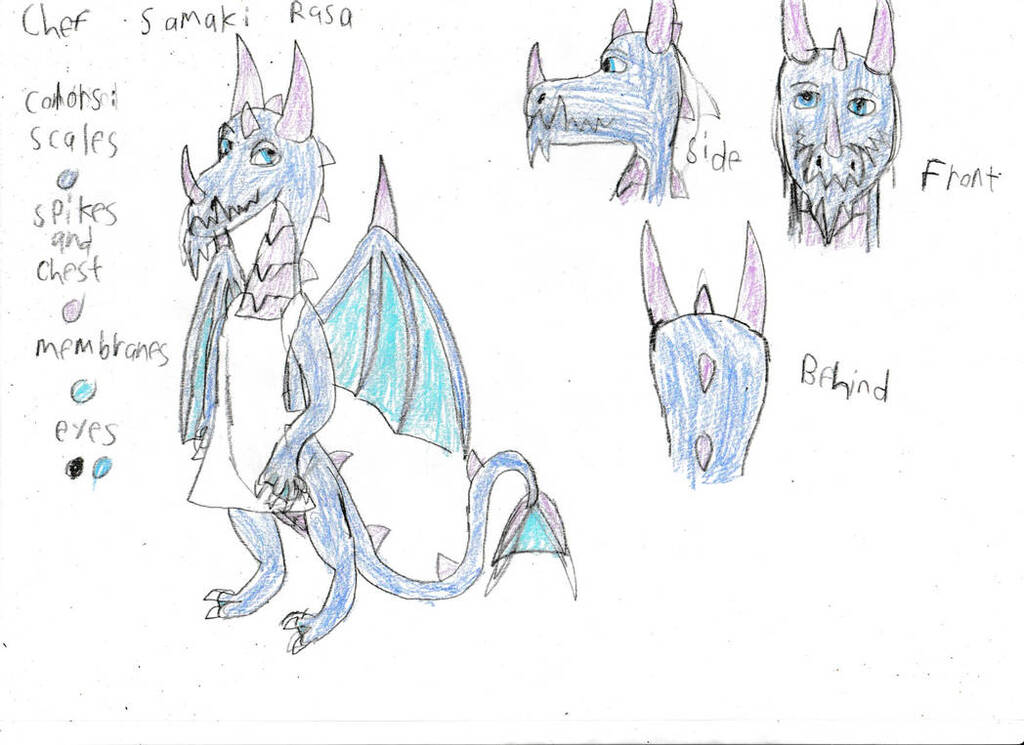 Occupation: Chef.
Last name: Rasa. ( Means Taste in malay. )
Birthday: 15.12.1842.
Place of hatch: Dante´s Freezer.
Hair color: None.
Eye color: Blue.
Backstory:
Samaki Rasa hatched in Dante´s Freezer, in ice dragon village for water dragon female and bipedal ice dragon male. He lived mostly regural live, learning basic skills of living. One day he saw his father working with fish, he got to try it and got idea become chef, mastering fish and juices too. He taugh himself by reading books about making juices and cooking fish as trying do some himself. And when 25 he became chef in Dragon city´s Eating Wyvern restaraunt, he too worked as waiter. His work-patner, spice chef Pedas got crush on him when fire dragon became 100 years old, Samaki doesn´t know about even to this day.
Personality: Samaki is chill dragon, helping sometimes as waiter. He is quite wise for his age when it comes to Dante´s Freezer´s history and making excellent fish food and juices.
Strenghts: Being ice-water dragon Samaki can breath out both ice and water based attacks or breath out freezing water. He is fast and agile on land but even more on water.
Flaws: Samaki being so young in dragon age is bit naive at times and clueless, he hasn´t fully mastered his elements yet.