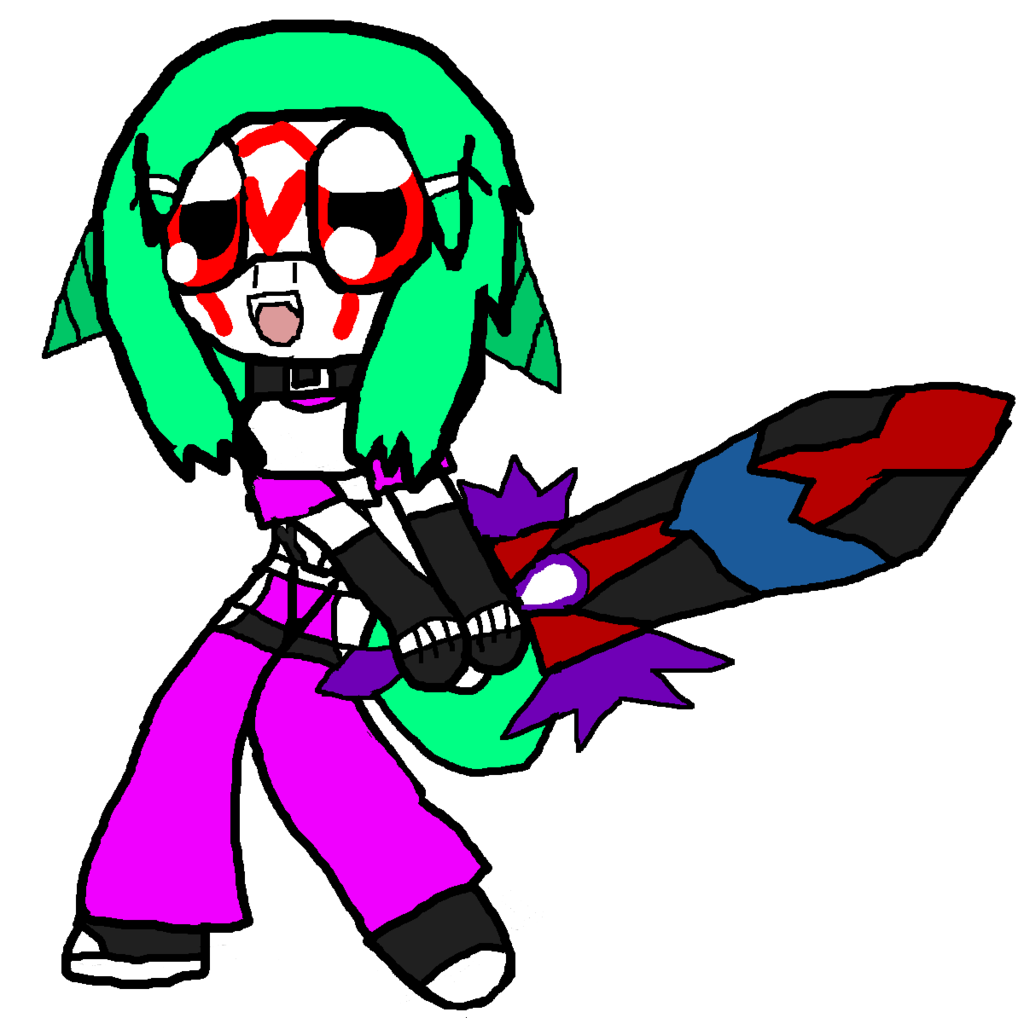 The design is as described:

Fact 1: There was a T-shirt in questionable condition; she took off part of that fabric, tweaked the length of the sleeves, and then layered a tank top over it, while sewing it together, for a permanent, stylish look.

Fact 2: She found a pair of denim jeans, that were in worn condition. So, she decided to fix it, with a creative look; she cut part of it off, for a creative look, that shows a bit of her body figure, from the sides, but towards a meaningful direction, as it does so, but only in the front. In addition, there are bits of a black belt, sewed on, to hold the fabrics together, in this creative fashion.

Fact 3 The armwarmer gloves were just bought, at a mall, and same goes for the collar, and sneakers; nuff' said.

Fact 5: Finally, her sword is a powerful weapon, of mysterious origin, that is part of her. Only referred to some as, the "Yokai Sword".

Fact 6: She also isn't drawn, like a traditional naga; she's instead, drawn to be a bit more human-like.

= This character, alongside the artwork, are (c) by me