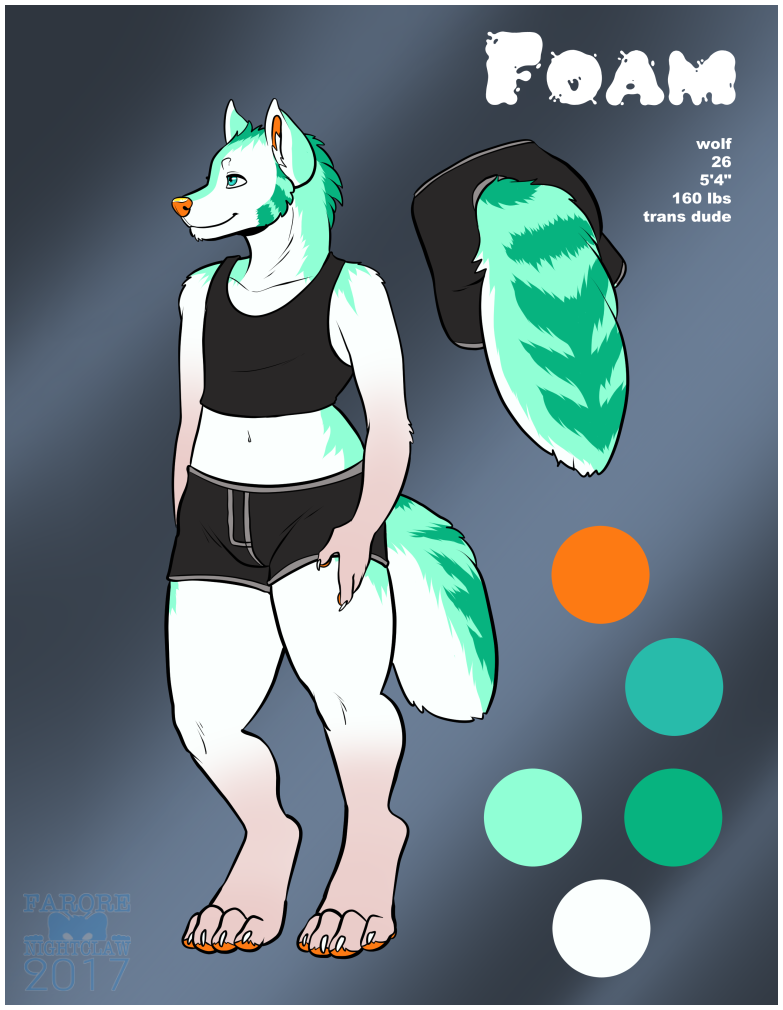 New character based off of an adoptable FlyingFire gave me!

Foam is another character for my Downtown setting. He's a friend of Alice's, a cute little trans guy who's very feisty and often silly. He's been on T for about a year now, and plans to get top surgery once he can save up enough, which might be a while. He works at a bookshop down the road from the tattoo parlor/café that Alice works at. He went to a little bit of college for English, planning to be a writer, but dropped out when he came out as trans and found he didn't have much support from the other student or faculty. There's some trauma in his past but he won't talk about it - it's left him a little flinchy though, and he tends to be very snappish when startled or touched without warning. He likes wearing feminine clothing, especially in the jfashion department, and is very adamant that gender roles are stupid and nobody should have to feel forced into being masculine or feminine if they don't want to, just to fit a certain societal ideal of what a man or woman (or enby) is like. His light aqua and tan fur is natural but the darker markings and mohawk are dyed in, and he tends to keep the same pattern all the time. He often faces a lot of pressure to be a manly man due to being a trans guy and a wolf, but prefers being gentle, silly, and effeminate. His parents are only sort of supportive of his transition, so he doesn't talk to them much, but he has a sister that supports him 100% and he likes to hang out with her whenever he can, though she lives in another city. He likes cake, pink, fluffy skirts, kpop and jpop, alternative fashion and culture, light BDSM (he's a switch), cats, homemade macaroni and cheese, feminism, and street art. He doesn't like gender roles, bullying, social pressure, transphobia, right wing politics, loud places and yelling, being too serious, and small dogs.

FlyingFire
Foam & art by me!