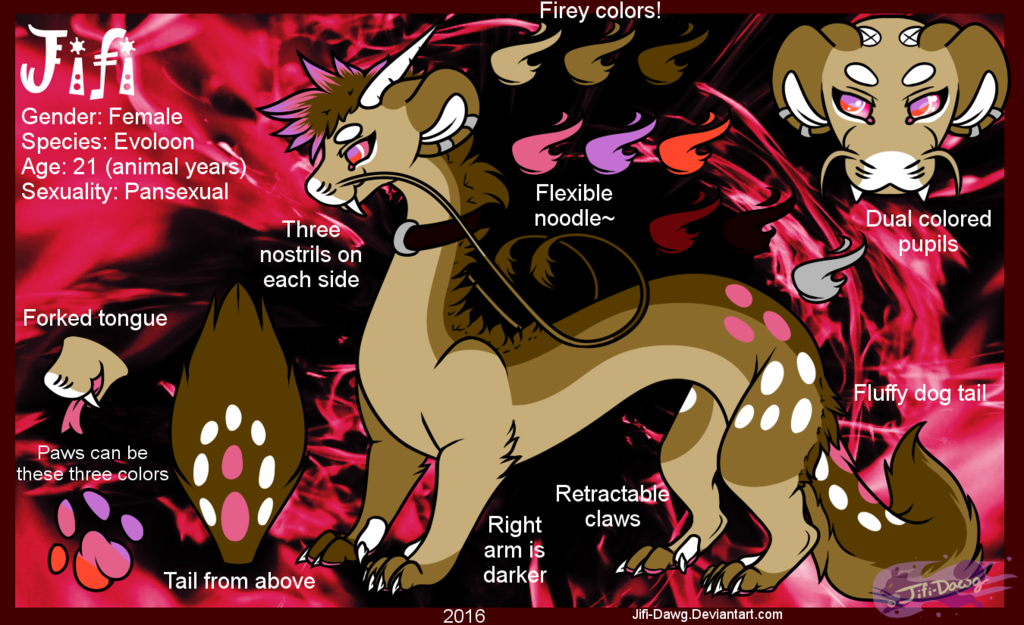 Personality: A fiesty, fiery soul. She just can't sit still or take no for an answer, and she'll fight you if you try to tell her what to do. She's brave no matter what, even if she shouldn't. To her, life is meant to be lived to the fullest and no experience should be passed by.

-The idea for her was originally going to be abandonned, but she was so adamant about being a thing that I couldn't ignore her
-She picked her own name before I had a chance to think of anything
-She is my fastest growing character since Kenari
-If she were to fight, she would most likely use knuckle blades