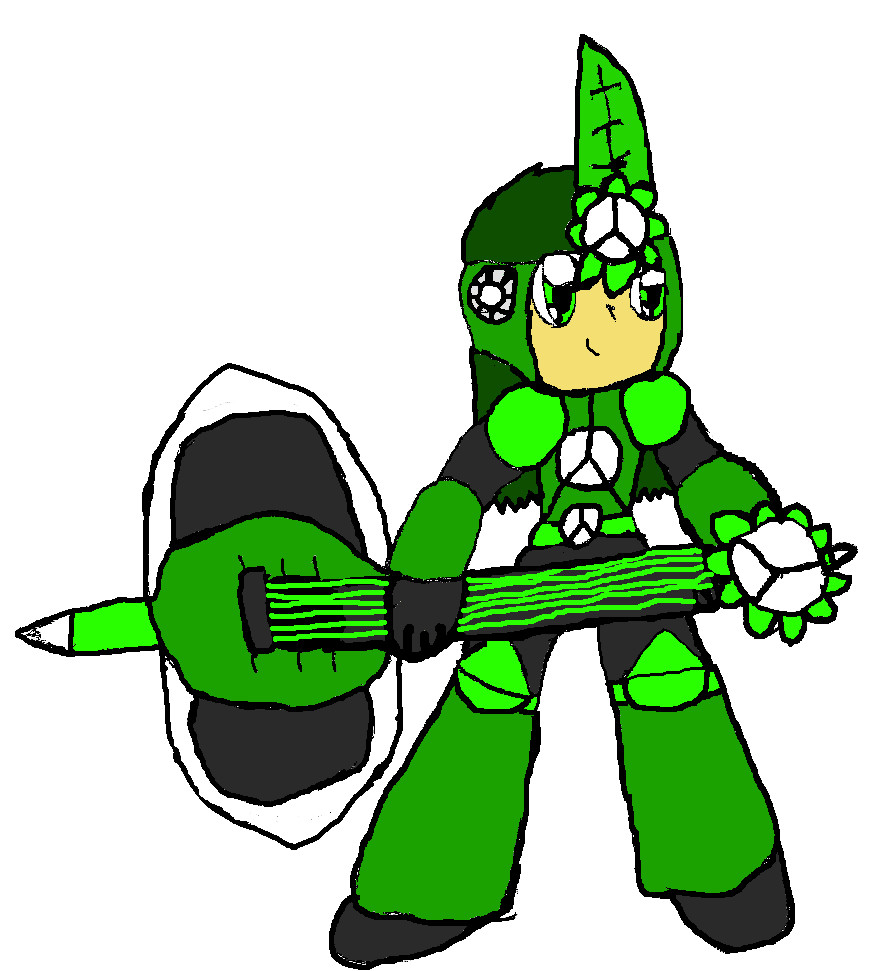 Identified as "CRN-017"; Nature Man is a robot master that was designed for lumber management. Basically, he was meant to put tape around some trees that can be saved, and when he (alongside other robots) say that it's clear for trees to be taken, they move onto the second phase, where, after relocating trees that CAN be saved, (that people bought, or have placed at a national park or something) they chop down the remaining trees, for lumber purposes.

For his powers, Nature Man can launch large spiked balls made out of sawdust, from his guitar, that is ALSO an axe, that has strings...MADE OUT OF LASERS!

= Nature Man, alongside this piece of artwork, are (c) by me
= The "Mega Man" franchise is (c) by Capcom