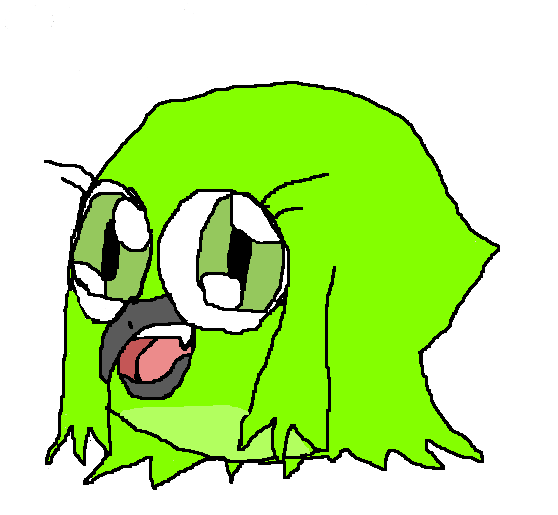 Betty is my idea of a silly, nutty, female stereotypical female protagonist, when it comes to her personality, as an independent, enthusiastic woman, of whom is ABSOLUTELY nuts! (Or, independent BIRD woman, anyway.)

She's my idea, for a character, in "Angry Birds". To explain her ability, as a potential flock member, here's the perfect way, to describe her power!

When you fire her, it seems that compared to Bomb, if you hit a structure, instead of a pig, she has a very SMALL explosion, that isn't very effective, but still better than nothing.! But however, if she hits a PIG, instead of any obstacle, then guess what?!? She explodes, in a slightly BIGGER explosion, than what Bomb can typically do! (The black bird)

But however, when it comes to the story behind her special power, it implies that despite it's great potential, it's still limited, (much like Bomb's power) and it has it's best advantage being WHEN it's timed right

= Betty the Lime Bird, is (c) by me (And I'd like to use her, for a simple contest entry, in the future!)
= The "Angry Birds" franchise is (c) by "Rovio Entertainment".