Aliz the Dragon by PrivateDoomsday 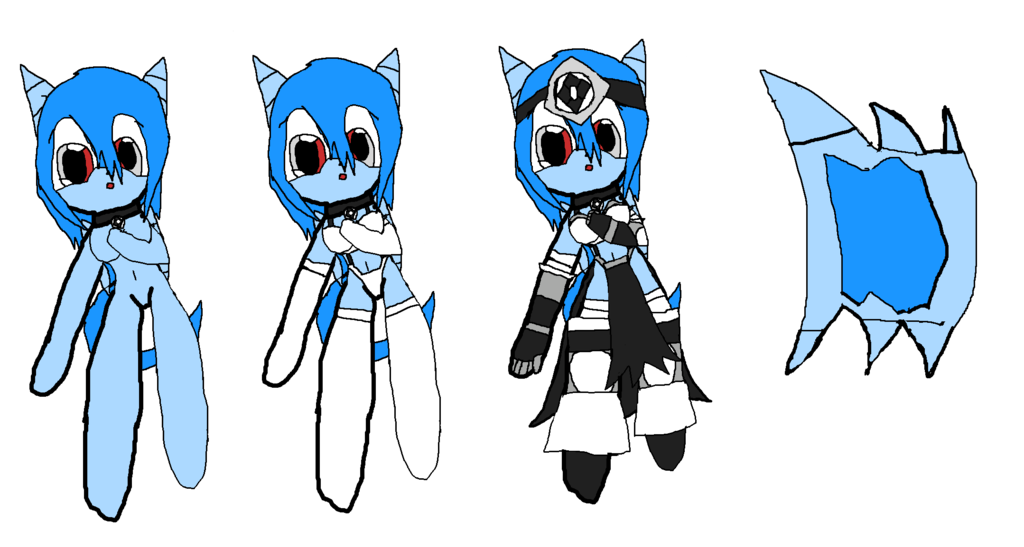 Aliz is a dragon girl, that is actually described in personality, to be a gentle natured tomboy, that is also quite dangerous, when it comes to facing terrorist groups. But, while unintentionally reckless at times, she's quite easy-going, and loves some good fun, now and then.

As a child, Aliz was born on a planet called "Exguard", and is a monarch's own daughter. (Implying for her, to be a tomboyish princess) But, since she was 10 years old, she had been adventuring out, in the world; even helping, with exciting missions. Her weapon specialty? She is known to wield swords, axes, and spears QUITE easily!

Sometime in the future, around the age of 18, she had officially obtained an armor, that is blessed, and is said to be used, to deal with the most evil heresy of all; DICTATORSHIP! But that is also the same day she had met Gunshot; a hybrid beastfolk mercenary, of a generous intent. Little did she know, that she would end up falling in love.

3 years later, after falling in love, she ended up soon being proposed to, and ended up being married. But, just because they're married, doesn't mean that they can't stop on their new missions, for helping those in need!

= 1.: On the very left, is simply her body ref. She is also seen wearing a choker, that she had, since she was 10 years old, and it's a "one-size fits all" type of thing.
= 2.: Next to the very left, you see a monokini leotard, (of some sort) that she sometimes wears, as an undergarment. In addition, you see her socks and undergloves.
= 3.: The final bit of her on the right, is her armor design; it has a sash with a belt over it. Plus, in addition, you see a breastplate, an armored headband, gauntlets, and long arnored boots.
= 4.: On the very right, you see what her wings look like.
= 5.: The final detail? Her spiky long hair is tied in the back a bit, with cloth wraps, that can often be used, as bandages.

= Aliz the Dragon, alongside her story and design, in addition to this pic, are (c) by me