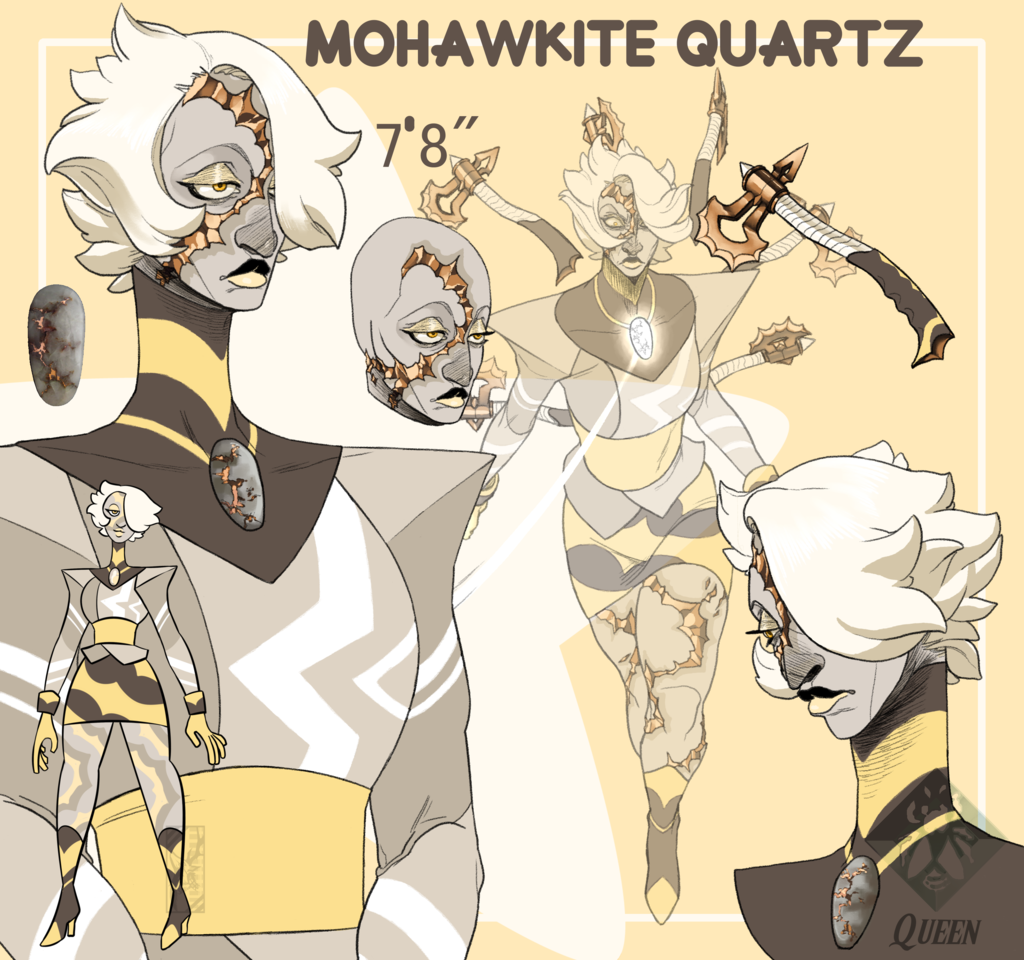 Abilities:
"Easy, stable fusions"
She possesses some unique energies and a high level of empathy that allows for her to easily fuse with other gems.
Her energy also acts as a strong stabilizing force for these fusions when she herself is in good mental state.

"Hatchet Halo"
Moha can spawn MULTIPLE tomahawk's at a time and levitate them using telekinetic force, not even needing to physically
throw them at an enemy. In combat she is less effective at close hand-to-hand confrontations but at long range,
she's a deadly shot.

Design bought from Deer-Head
Original design created by them, smaller full body pic in the bottom left also drawn by them.