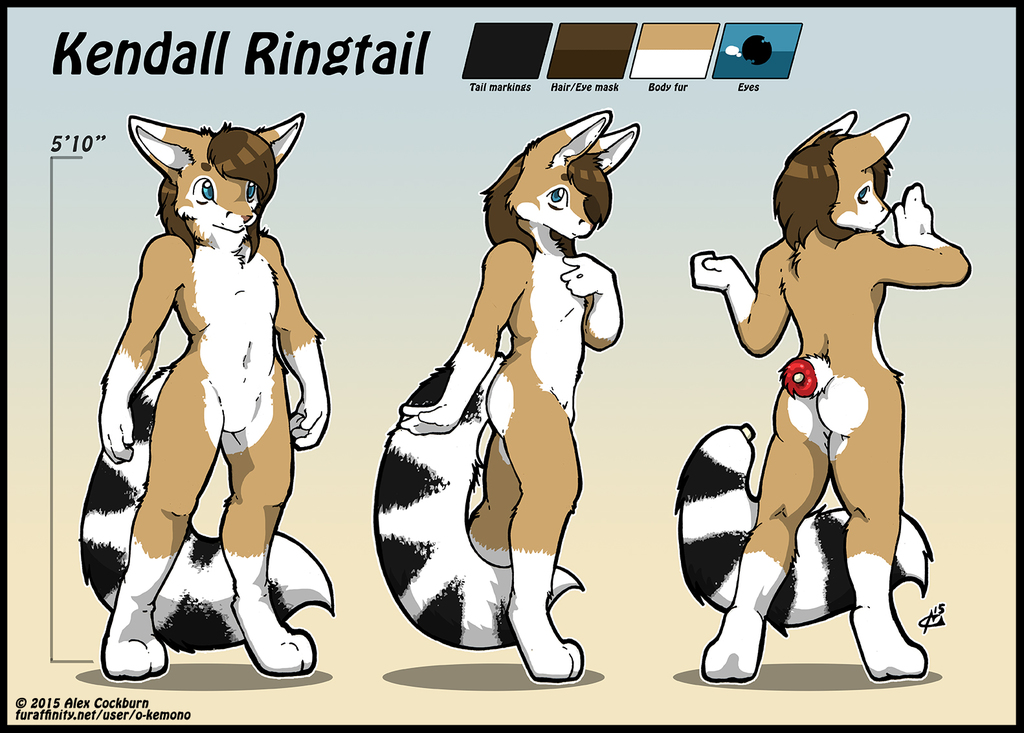 Kendall I have had around since April of 1996. Has been in a lot of pics, a handful of comics and a few stories over the years. So it's trick to type up everything about him. I'll give it my best.

Adult reference can be found HERE.

Body:
Feminine or femboy in shape, long androgynous styled hair, the 5 black rings on his tail do not make complete rings. Tail starts and ends with white fur.

Accessories:
a hand gun (concealed) most of the time cause of the 'career' he has chosen to take. His fedora.

Brief Back-story:
Not knowing his real parents, Kendall was raised in an orphanage until he finished most of high school and left/moved out. He got into a rougher crowd that happened to show he was very skilled in smuggling, stealing if needed, and driving. By his early 20's he had become pretty well known in most crime circles for his skills which gave him quite an ego. Having those jobs bring in a lot of money in a short time got him into gambling (which he is addicted to), flirting with anyone that looks cute to him hoping to score, and fuel his hobbies.

In his mid to late 30's he started to sense the law and possibly some old clients that had a bone to pick with him was getting hot on his trail, so he retired from that scene and moved well away from anyone he knew and got into tinkering with cars again and less unlawful activities.

Hobbies:
cars, gambling, flirting, crossdressing, (Another example on what got him into that) , good alcohols and spirits, competing in games with friends, eating.