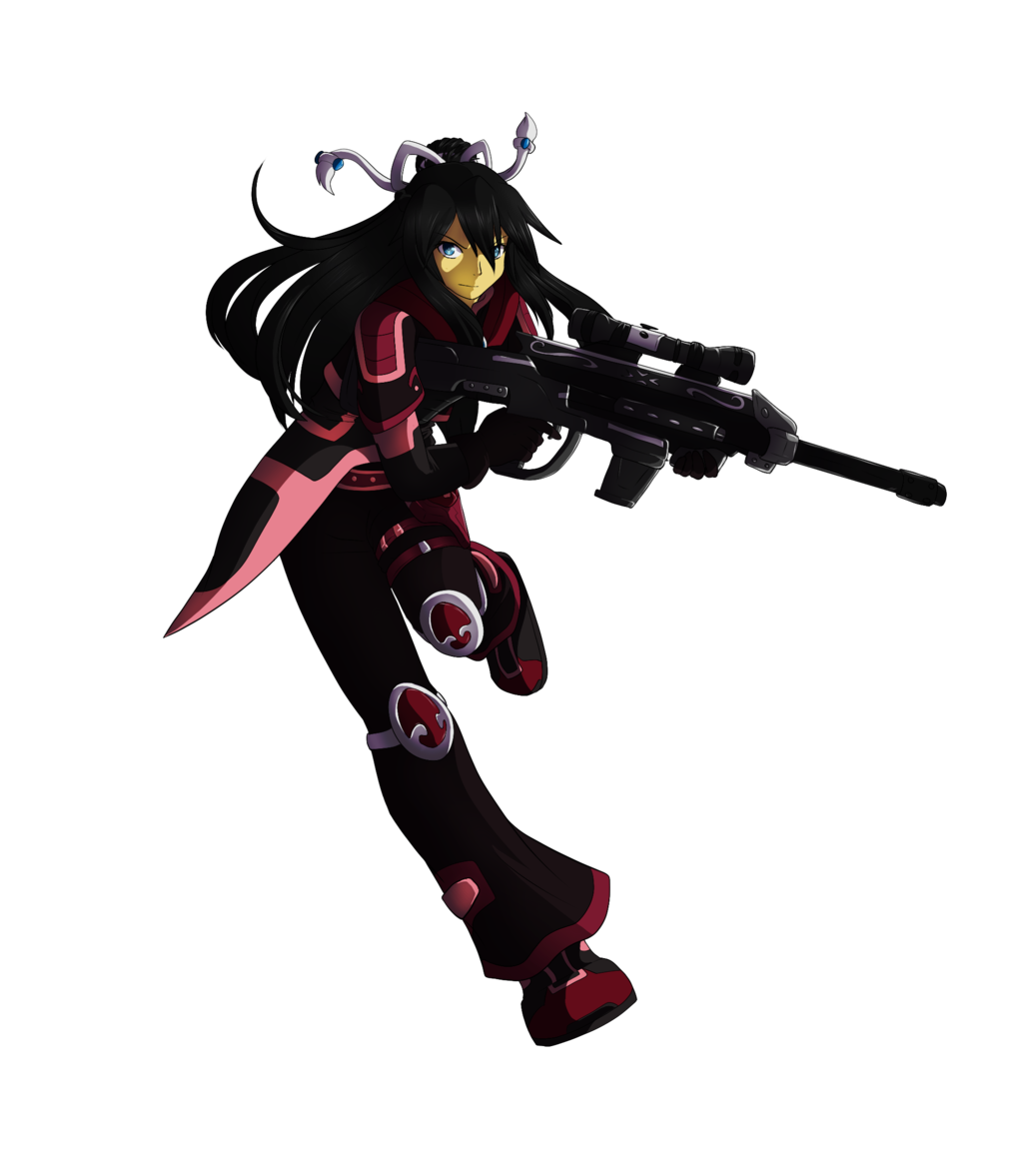 Pride and grace with an extra side of snark. That describes Narulay perfectly. She usually holds her head up high and seems rather uptight and bitchy at times, but she has her weird ways of caring and no doubt a soft side is in there somewhere. When and if her pride is compromised in any sort of way, then she will do what she can do to defend it….which gives her a weird relationship with Ryosuke, the leader of their family. She also does what she can do “rebuke” Kotaru when he bugs her. In other words, the one-woman-Kotaru-control.

Don’t let these cerulean blue eyes fool you. They may be beautiful, but her aim is near pin-point and if she sets her sights on you, there is a thin chance that she will miss her target. Such abilities have made her the appointed sniper of the Clover Four. But her sniping skills aren’t the only things she uses. With her extra grace, she occasionally dons her dual photon tech fans given to her by their previous guardian.

The only thing rivaling her skills with the scope are her very own skills on the oventop and skillets. That’s right! She’s the best cook around.