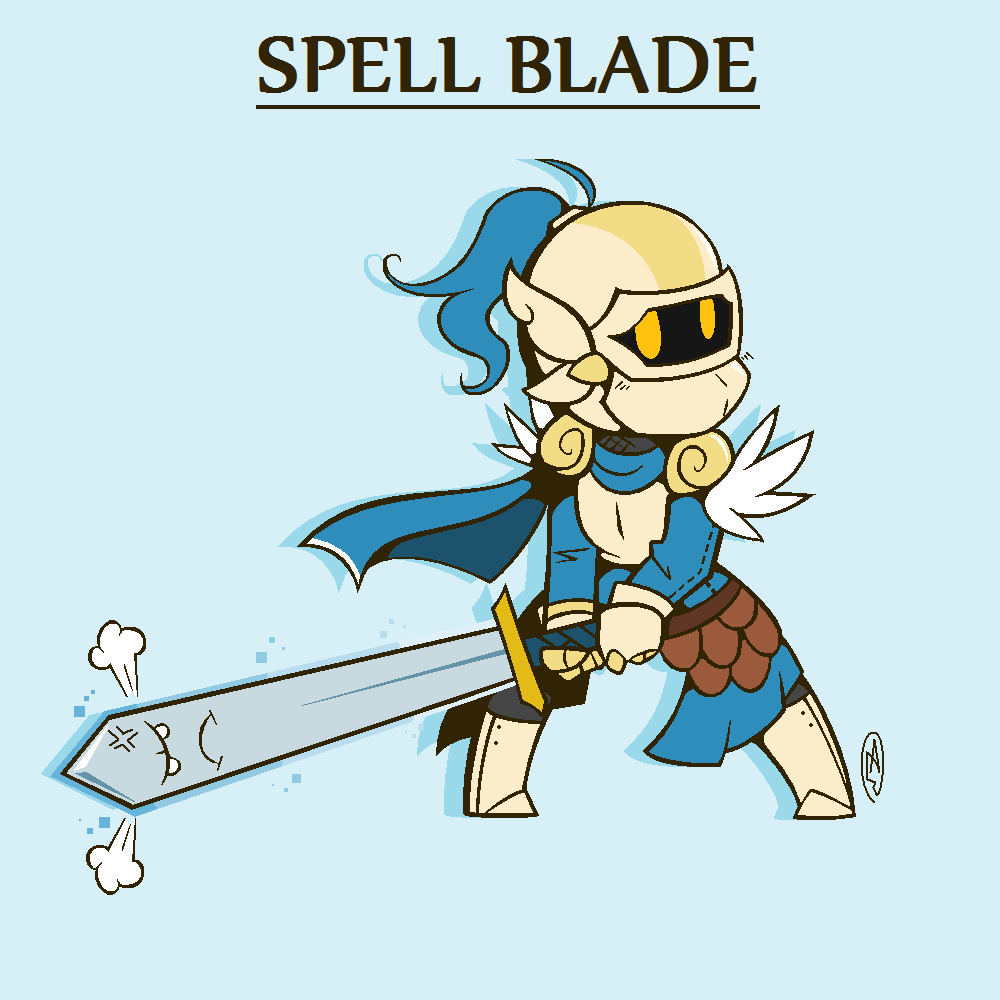 Knight's daughter, ain't she cute~?
Her fighting style mostly consists of wild, charged-up, elemental swings that prevent her from staggering.

Brainstorming what other types of classes I could tie to a character, and I thought about what Knight's kids would be since he'd be paired with Mage. I imagined a warlock but uses a spear as his main weapon, and also a blade wielder who imbues elements to weapons. The latter is what I've drawn above.

As far as personality goes, I imagine her as outgoing and willing to go out of her way for others. She'd be a ditzy 'act first, ask questions later' kind of girl which would put the group into trouble most times; complete opposite of her father who always puts the group ahead of himself when it comes to making a decision. However, just as easily she'd get in danger, she could get out thanks to inheriting her mother's quick wit. If she'd take any traits from Knight, it'd be his appetite.