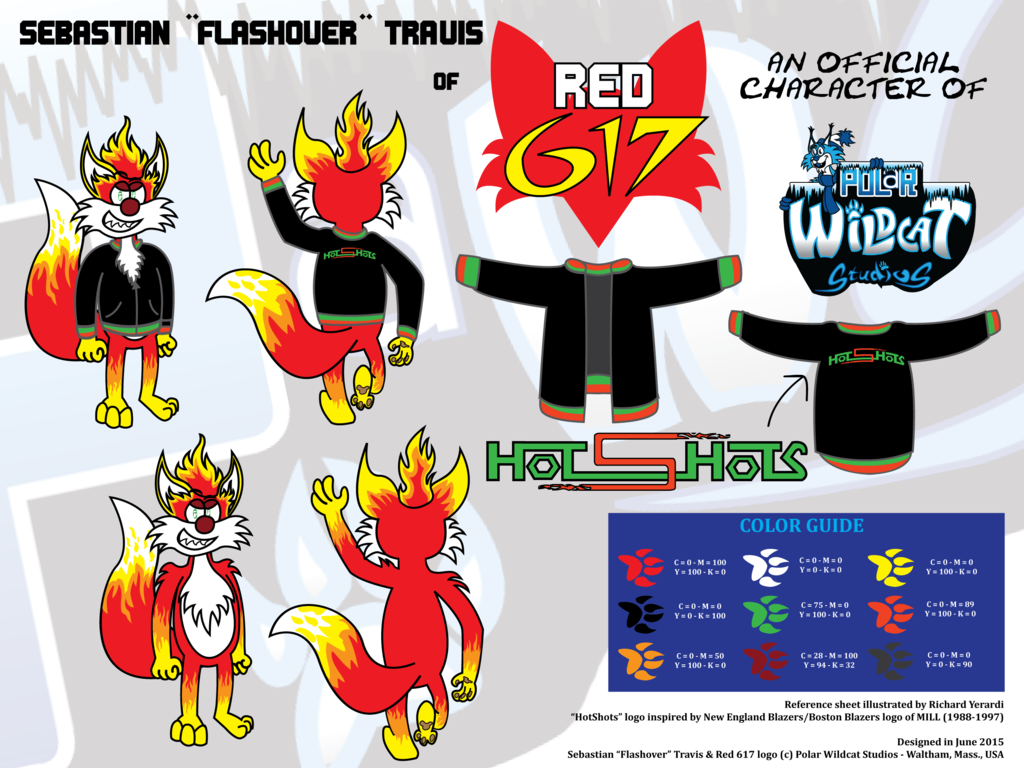 Sebastian Travis (a.k.a. "Flashover") is a DJ, music producer, and remixer of the electronic music act, Red 617. He is also the owner and founder of the record label, Vulpes Vulpes Records. He and his music partner, Emil McCraft, write, record, and perform songs together as Red 617.

"Flashover" began to play the cello in music school at the age of 8 where he met and became friends with Emil. "Flashover", then, began experimenting with electronic music devices in his pre-teen years. He has had various types of music as influences for his production work, but mainly influenced by late 80's & early 90's dance music, as well as modern-day trance, house, and electro.

Flashover likes cars, motorcycles, girls, snowboarding, and painting. Despite his short temper and constant fights will Emil, he is a good fox, overall. And he tries to show that being a fox doesn't automatically make him bad like in folklore and myth. However, he does worry Emil would ruin his goal in saving his species' reputation.

Art by me
Sebastian "Flashover" Travis © Me