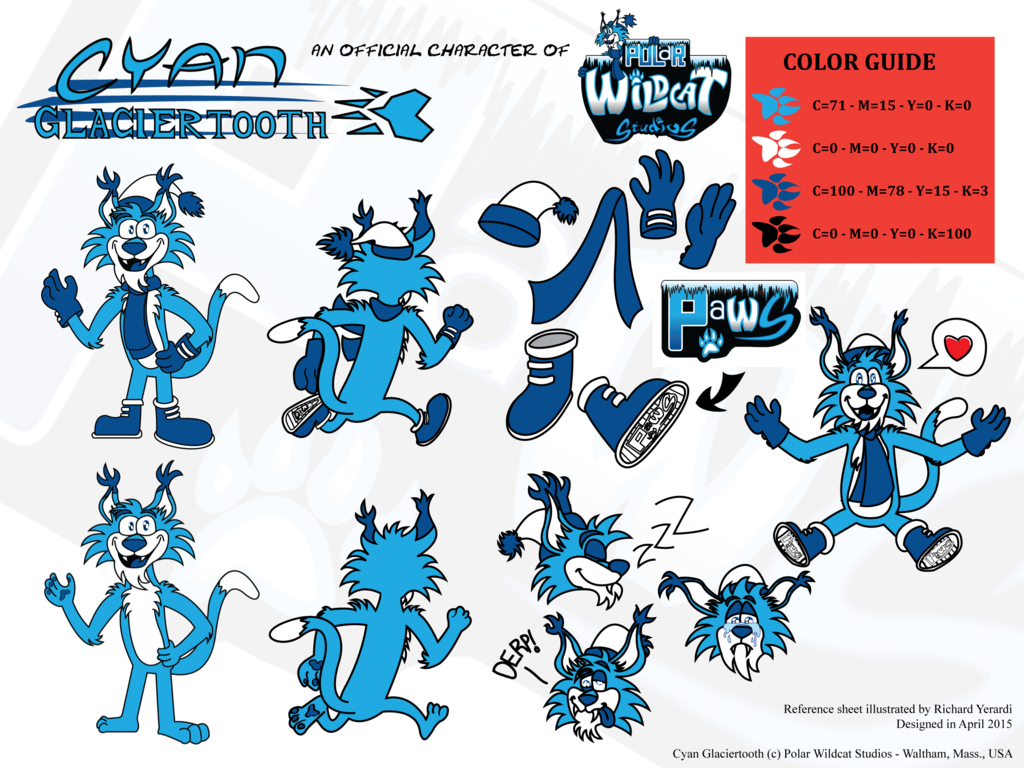 Cyan is a playful, friendly, goofy, creative, and determined feline. He has an unusual, yet fun, imagination. He likes to learn and try new things. Sometimes, he learns by experimenting with his ideas and seeing what happens. He also has a "stubborn gene" where he normally wouldn't quit on a task until it's satisfyingly finished. He enjoys exploring places, drawing, listening to electronic music, watching sports, and bringing joy to others.

Life was not always easy for Cyan. As a young child, despite having the ability to count, read, and write at an early age, he was viewed as an eccentric young feline. He was isolated from his peers, and was taken out of normal school. However, with help from his family and his self-beliefs, he succeeded in school and was able to go to college. Cyan didn't want to keep the success and joy to himself, however. Instead, he wants to help others succeed. He wants to make others happy. He believes that hard work, believing in yourself, and happy thoughts are the ingredients for a strong, peaceful, and joyful world, regardless of being same or different.