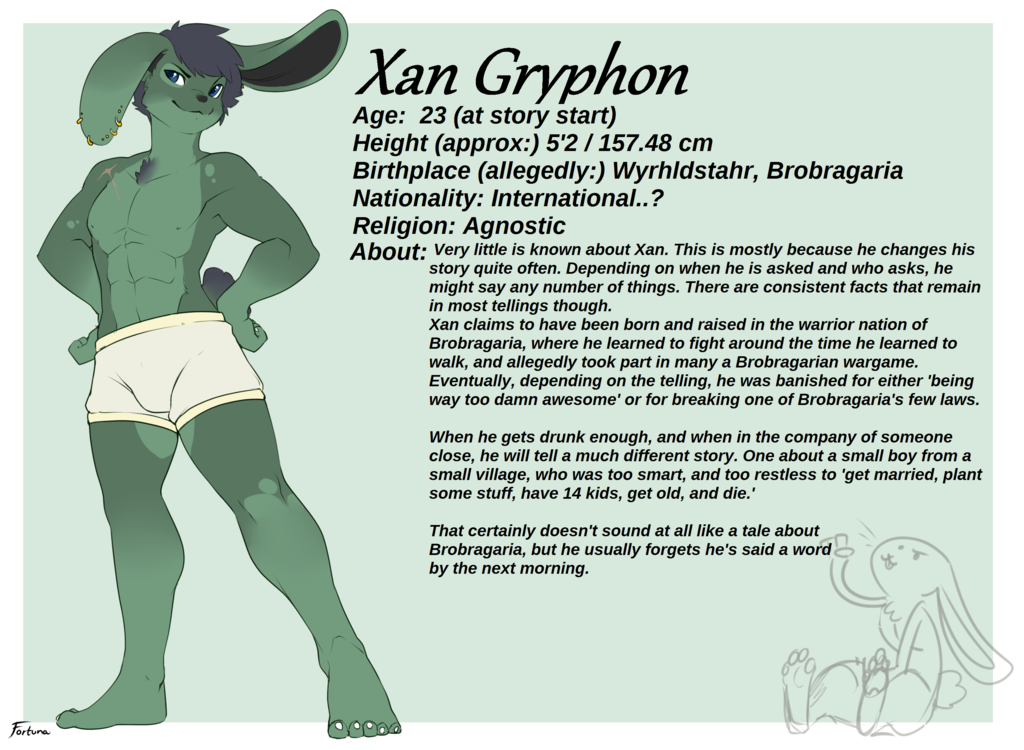 Xan is a main character from my story/game project, Elancia Chronicles: Order of New Gods.
I'm trying to keep these spoiler free, so I will not write to terribly much about him.