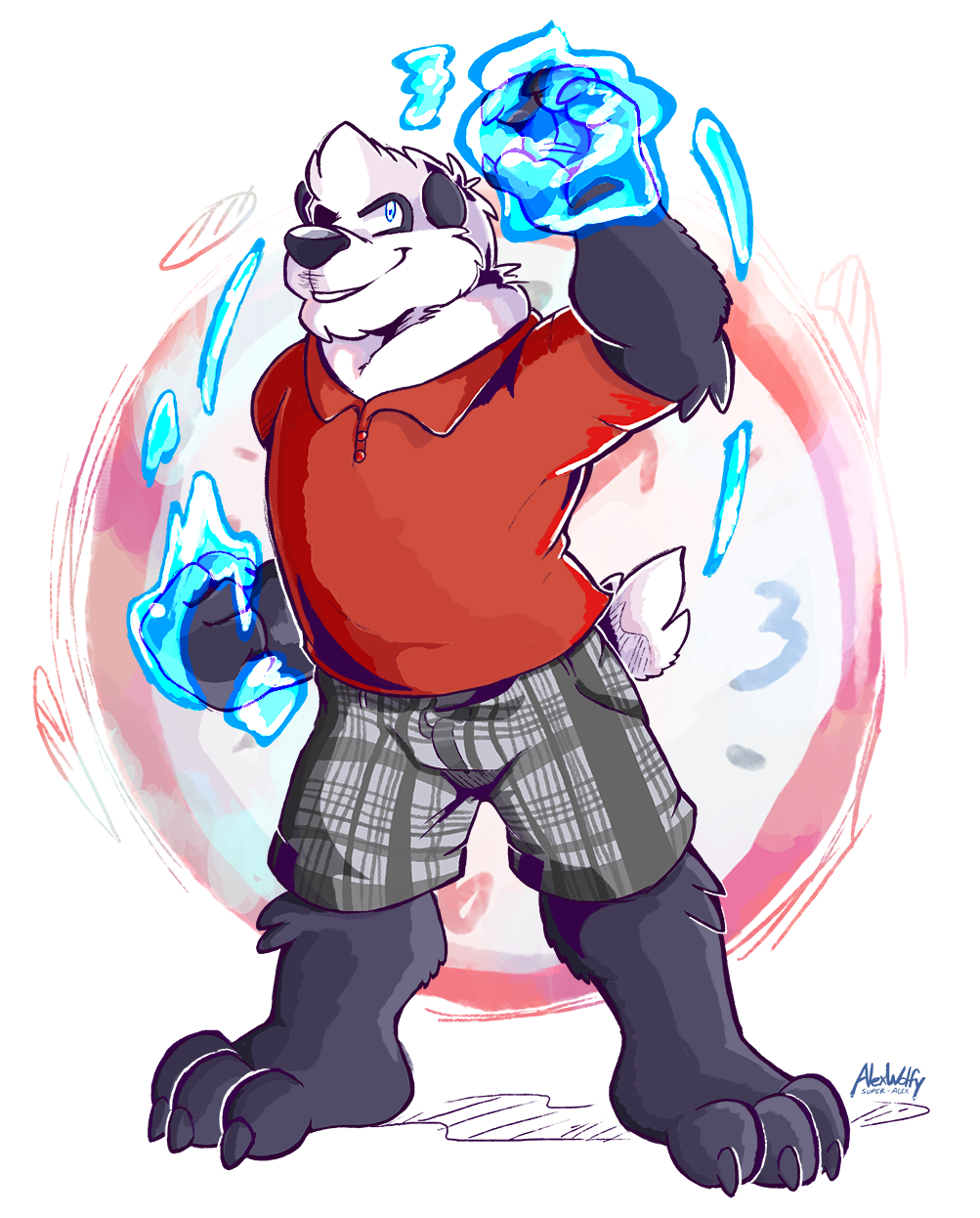 Tik is a panda. His parents are filthy rich, but Tik really could live without that lifestyle. He wants to be a normal panda. Unfortunately, he's anything but normal. He's steadily developing chronokinesis, or the ability to control time. He's nowhere near expert level yet, and quite frankly he's a bit afraid of his ability (he once sneezed and threw time into endless deja vu), but it's something he is cautiously exploring.

Tik does take good care of himself, and is proud of his good looks. He doesn't want to be a stereotypically chubby panda. He works out, and is gaining muscle, which he sometimes enjoys showing off. He takes great care of his hair, and spends no less than half an hour in the bathroom each day making sure it's perfect--or he wears a hat when he doesn't have time or just doesn't feel like dealing with it. He likes simple, classy clothes, like plaid shorts, and he likes well-fitted shirts, especially polos. He doesn't like wearing loose or flappy things. He likes his clothes to fit snugly (perhaps a bit of the showoff in him).

Tik is a featured character in a series I'm writing called "normal." which is about furs with superhuman abilities