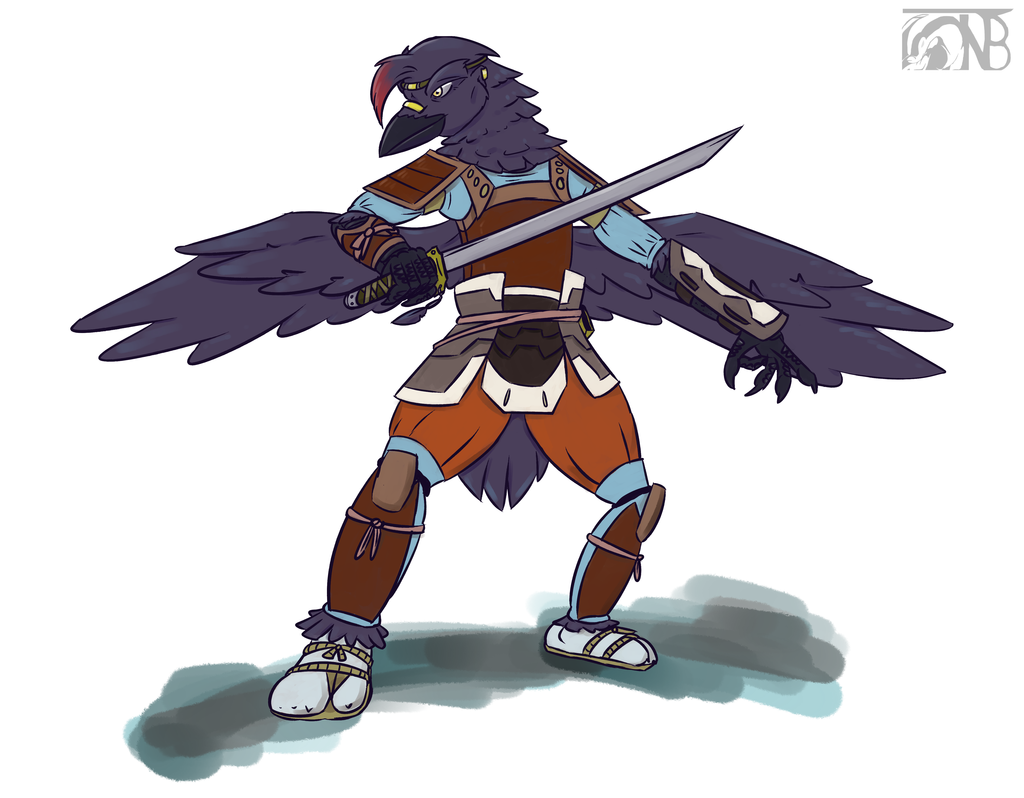 My Pathfinder DnD character, a Level 3 Tengu Free Hand Fighter/Swordsmaster (gestalt rules). From the same campaign as this character, in fact.

Saaki is a female crow tengu with an imposing athletic build despite her species and gender’s typically short stature. While she dresses fairly plainly for the most part - preferring to wear clothes that have a valid purpose besides making a fashion statement - the exception to the rule is in her fondness for jewelry, a habit she developed not so much for her species’s love for shiny things but because the sight of treasure reminds her of her last days with her brother, surrounded by the treasure he discovered before he disappeared, along with the Lair that took him. That said, she knows quite well that carrying too many trinkets of great value can be dangerous, so she only allows herself to visually carry two - a simple cuff-style nose ring that pierces both nostrils and her brother’s katana, which she carries for reasons that should be obvious. The only other bit of decor she allows herself to do is dyeing the “bangs” of her head-feathers a deep red, her favorite color. As for her ability to socialize with those of other races, it varies greatly from individual to individual, as for the most part she mostly sees people as a means of gathering information and a means to push herself closer to her goal. Will this mean she could not find friendship or love someday? It’s possible, though not what she’s aiming for at the moment.