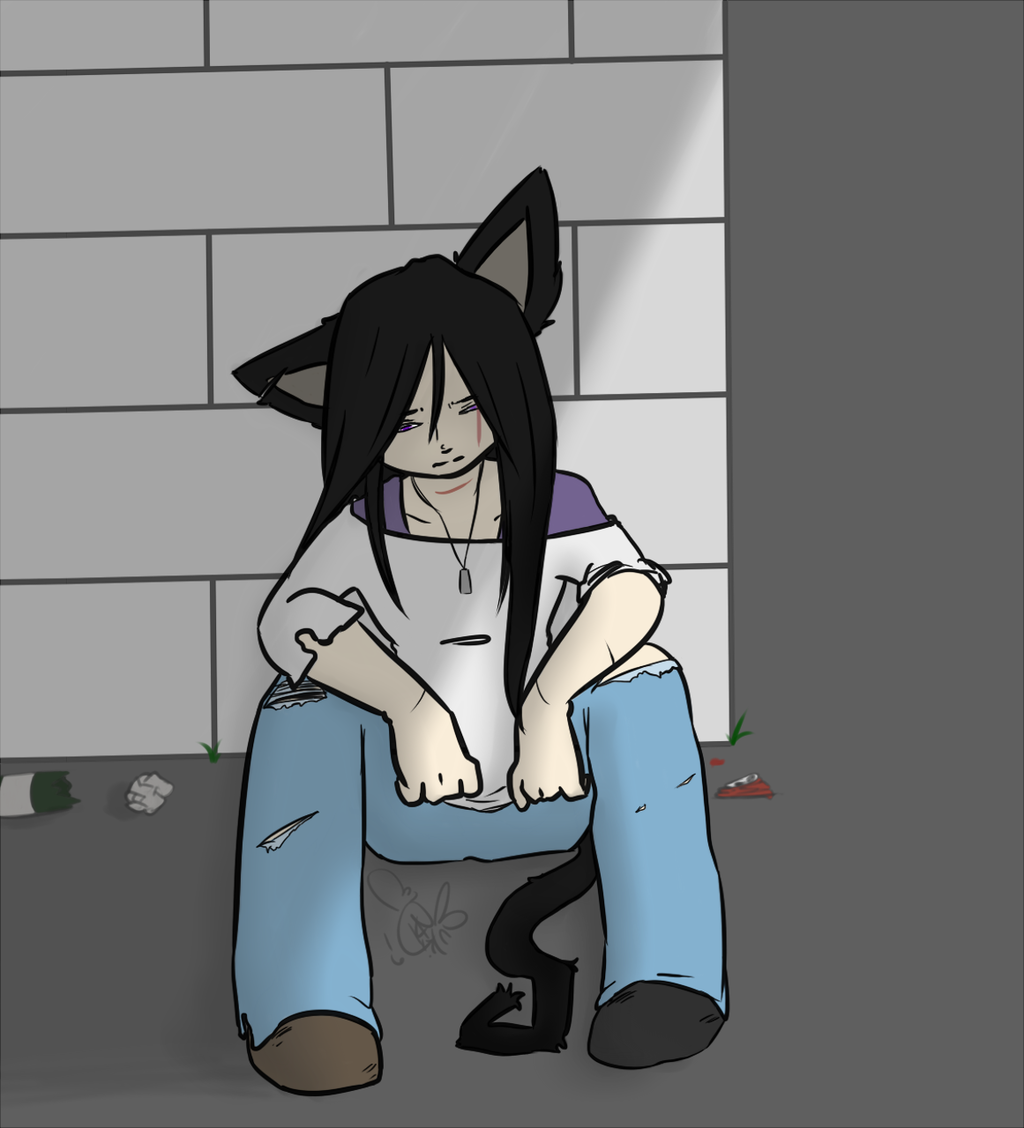 A cat that gained a human form, a nekomimi.
Whether this is do to becoming a Bakeneko from age or if
it was given onto him by a higher power is not known.

Standing at 6 feet 1 inch tall, he has an athletic build with
only slight muscle definition though thanks to his inhuman nature
he benefits from inhuman traits like stronger muscles.
Scars adorn his body in various place ranging from
lite/minor/clean ones to deep/serious/torn ones.
He has long wild hair (black) that reaches down to the
base of his tail, said tail has a kink/krink near the tip do to
an old injury that resulted in it not healing properly.
His skin tone is what one might describe as average
Caucasian, neither pale nor tanned.
His ears and tail match his hair colour, his right ear has
a small slice or nick out of it.

He is blind in his left eye which is made obvious by the
vertical scar that overlaps it, his good eye is a rich purple while
his blind eye is milky purple like lavender or lilac.
He bares a scar on his throat that makes obvious his
lack of speech, he is capable of minor vocalization such as
growls/mews/purring which allows him to communicate with
his fellow cats more or less as usual with the aid of body/facial language of course.

He wears a thin band collar made from leather scraps
resulting in an obvious handmade looking item, a tag
from his previous life with his name printed on it.

He prefers to wear comfortable clothes with little concern over fashion trends,
he tries to make it a point to keep a notepad and writing tool on him in order to
communicate with humans which does lead to odd looks at times.