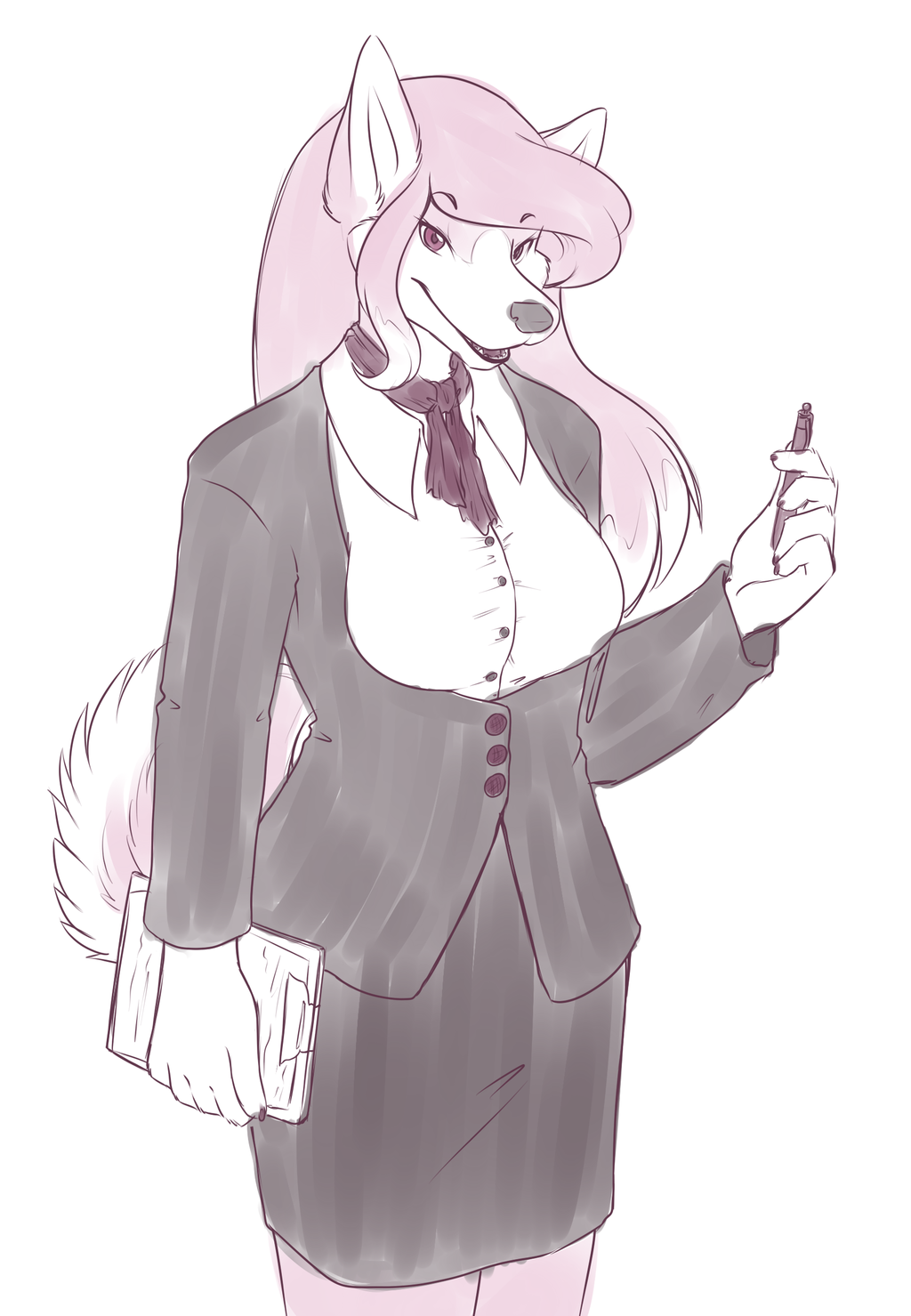 An assertive woman who works in sales at the mall. She specializes in smooth talking and flattery, making her quite good at selling clothes and make up. Though she prefers to be in control of a situation, she is not pushy, and will take the time to listen to others. She was not always a leader, but became that way as her life progressed.

Her full name is Jocelyn, but she dislikes being called such. It feels small and weak, and a bit too pure for what she's been through.

She enjoys socializing and getting to know others. Prefers the company of woman, both socially and sexually. Often takes the lead. She is a good listener, and can add to a conversation, but does not easily divulge details about herself, and will often change the topic back to her conversation partner.

She is confident in herself and where she is in life. After a rough time in her early twenties, she has learned to accept her faults, and does not hide them, but rather works with them. Taking care of herself and her happiness is her priority; she does not put up with poor or unhealthy relationships for long.

Weather: Summer is her favourite season, though she overheats easily due to her thick fur. She loves swimming in a cold pool. Spring and fall are too wet and in between, though she enjoys the aesthetics of them. Winter is boring to look at, but she deals easily with the cold, and will sometimes go ice skating.

Clothing: Prefers clothes that accentuate her body; she knows she is attractive and is not embarrassed by this or hides it. Pastel colours paired with modest jewelry (thin silver chains) are her main wardrobe.

Still a huge WIP here, but:

In her early twenties, she was in a relationship with a male. Things were rocky at best, and looked to be ending soon, until they formed an unplanned pregnancy. The boyfriend insisted on engagement once this came to light, and she agreed. He became increasingly possessive of her. She helplessly watched her body and situation change, feeling a complete loss of power over her life. Several months in, she made the decision to end the pregnancy and the relationship, leaving her very shaken morally. When she picked up the pieces and time began to pass, she made the resolution to be a more assertive person, and never let her life and health spin out of control like that again. She has residual regret over her decision, but has come to terms with it and has since moved on.

Her parents are together, and live somewhere in the same state. Her only sister is in college.

Her general look should exemplify her confidence.

A very womanly figure, with wide hips, a soft and round stomach, and breasts between a size C and D. Her hair is most often down and loose, but she will sometimes put it up when the weather turns warm.

Things with V-necks, colorful neck and waist scarves, simple jewelry. Greens and yellows done in pastel for everyday wear, and deep fuchsia for her sexier clothing.

Mostly lesbian, but will bed with males under the right circumstances.

Large breasts, in the range of a large C or small D.

She is a passionate lover, quite gentle, and often takes the lead. She prefers to do the pleasuring for her partner, and takes care of herself on her own. It takes a bit more trust for her to let someone take charge with pleasuring her.

Due to her sexual appearance, she is often mistaken for an easy lay, but she is somewhat picky about who she takes to bed, only picking those she knows a bit and cares for in at least some small way. She prefers a date or two, first.

When with a woman, she enjoys giving oral and focusing on pleasuring her partner, perhaps due to her past experiences where her pleasure was not given very much consideration. She will often allow a woman to stay the night before leaving.