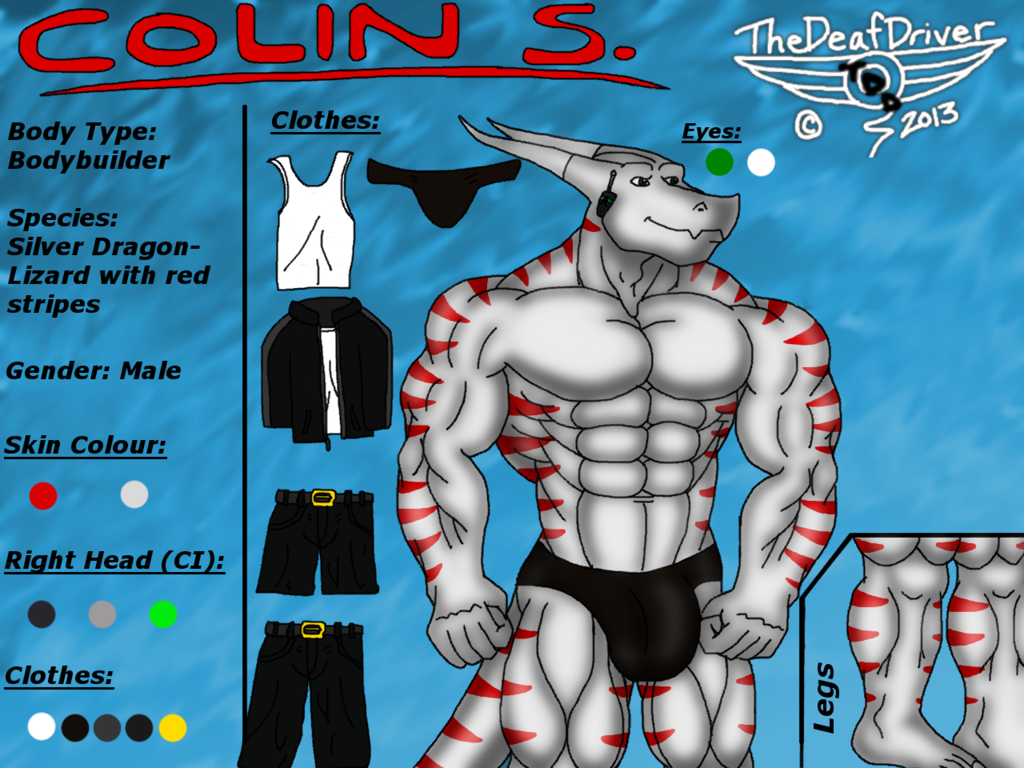 This is my main sona' Colin S (S stands for Steel for my last name), and he is a Silver Dragon-Lizard Hybrid type but he mostly dragon rather than hybrid. He have red stripes like a tiger's stripes. His CI (Cochlear Implant for reptile version) on his right head allows him to able to hear again which is the same idea as my small "hangable-on-ear" Cochlear Implant in real life.

The only missing body part was shown in this reference sheet is claws on feet and a tail. But, I will tell in details: Tail should be long enough as regular bodybuilder lizard's tail length with continues red stripes until the end.