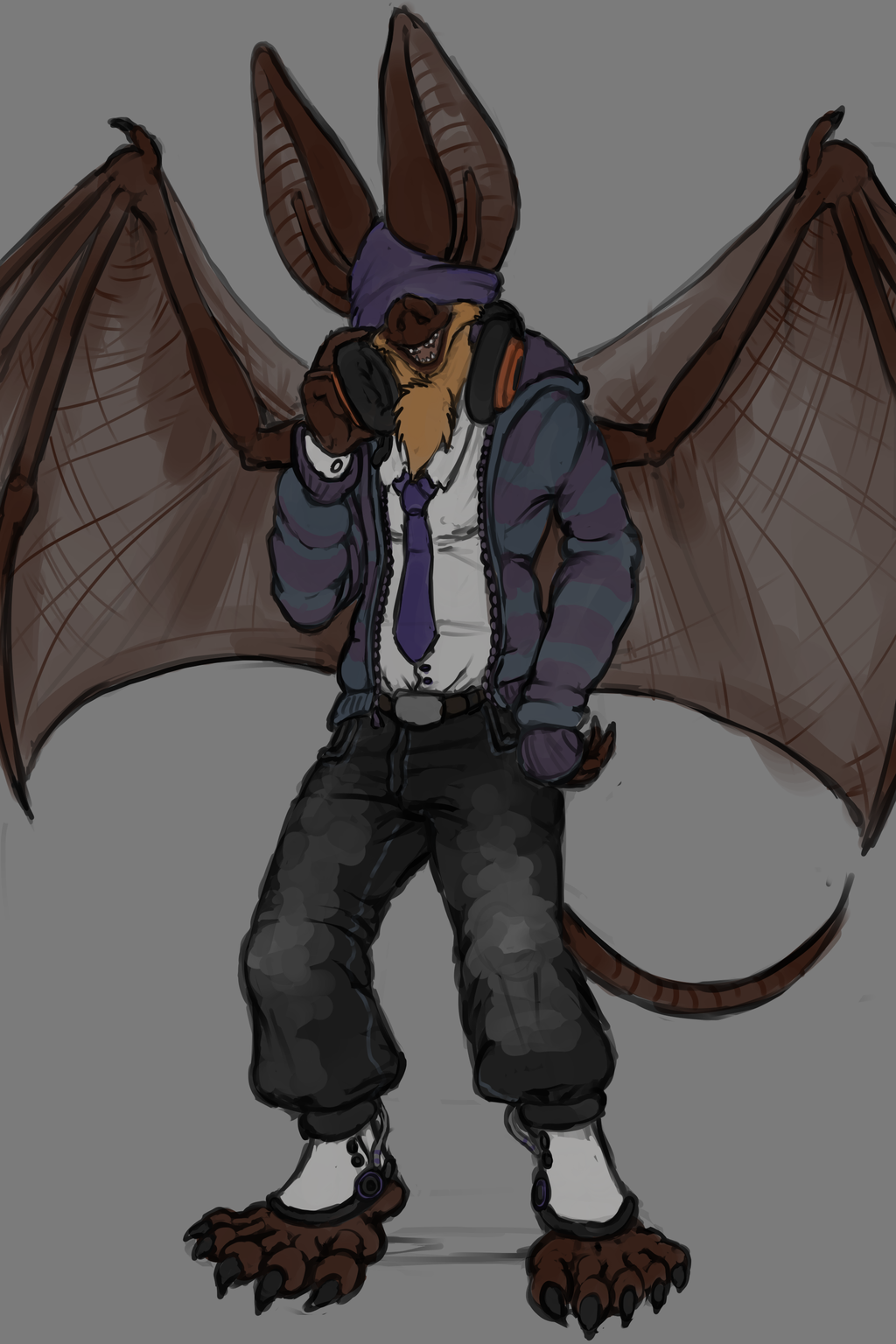 Theme Song: Level Up by Bandetto

Gabber is a DJ! Those big ears of his make him quite attuned to making good musical decisions (even if most consider the genres he specializes in to be utter noise). Blindness doesn't slow him down either! He wears special spats with speakers for echolocation. Though he'd be lying if he said he didn't use it to play music (his favorite being something he terms "dubstomp") with each step like kids' sneakers. He does not like the name given to him, as he thinks its a girl's name, so he goes by Gabby or Gabber! Aside from that, though, he's a fairly cheery and excitable fellow with a squeaky little voice!