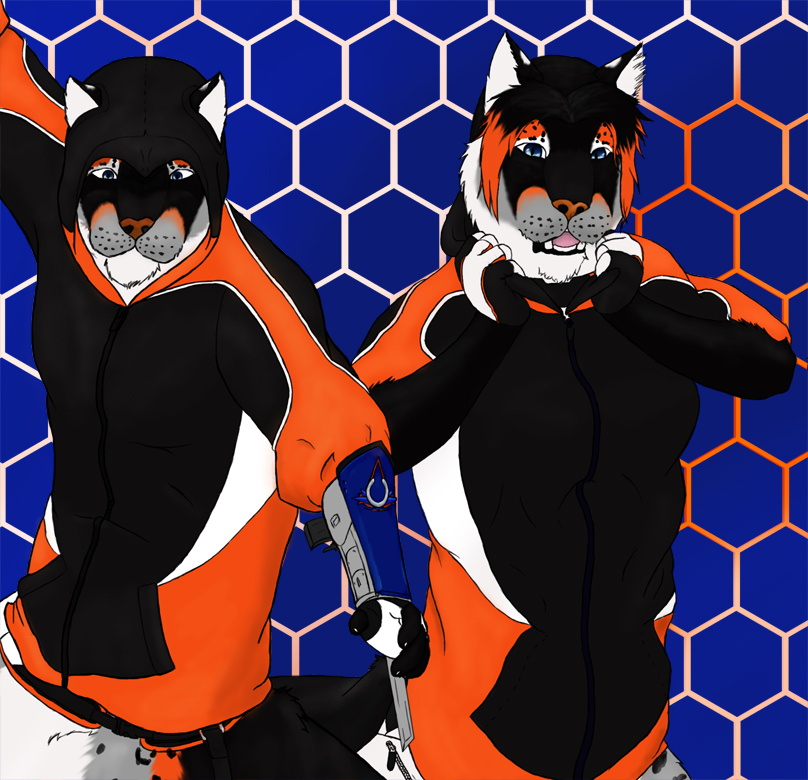 Jeto was born to Alicard, a male snow leopard, and Kaili, a female silver fox and former vulpine spy. Both families having a fair amount of taurs in them, it surprised neither when their first born was a male taur. It was a surprise, however, when lupen soldiers (at the time warring with the vulpine and without relation to the snow leopards) intercepted their boat and took their cub. Before the pair managed to escape (one being a trained ex-spy and the other a A member of the Royal Guard) Jeto was sold to a human traveler, and despite years of tracking the two could not find their cub.

After years as a slave forced to loot the corpses of fallen soldier as his master followed the warpaths of the vulpine and lupin armies, selling their own equipment back to them, Jeto fled when his master took ill after the fox smothered the cruel bastard in his sleep. Eventually he made his way back to his homeland and joined the home-guard, where he met a snow leopardess taur. As the taur was a herm Jeto felt being a herm would only make their relationship more accommodating, and having absolutely nothing against the idea quickly brought the process to fruition.