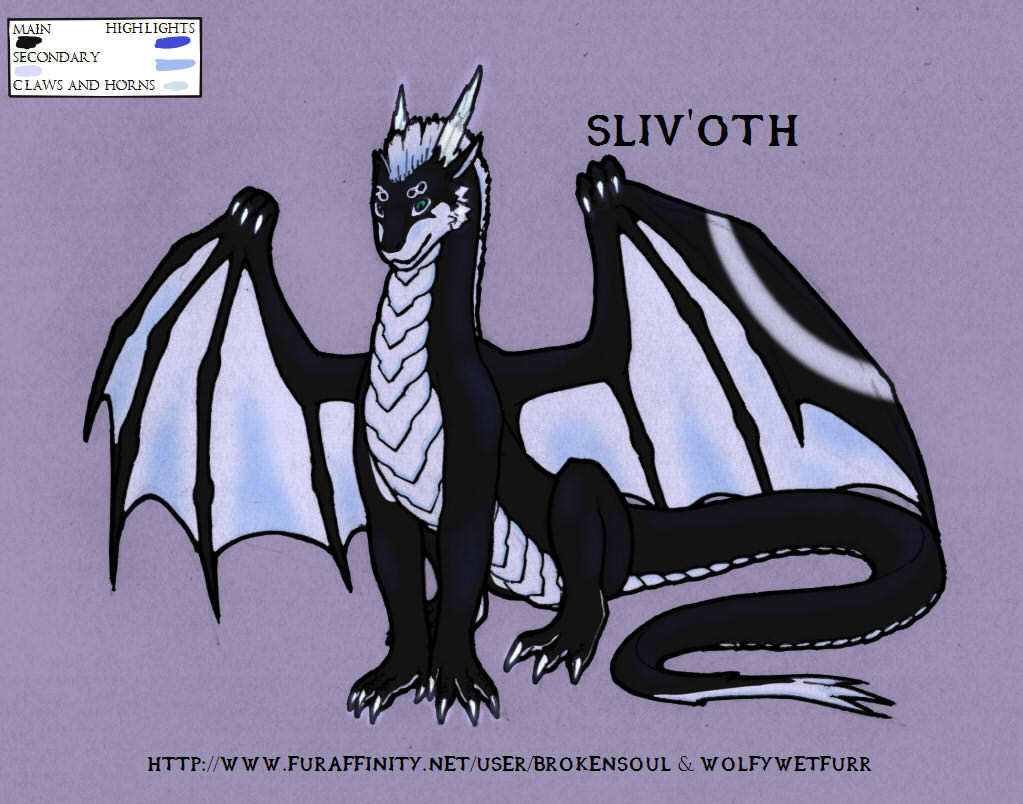 The Dragon Aspect of Infinite
Art by: Brokensoul

Adopted son of, Dreka and Flyer, further raised by Master Twilight and Master Abyss. Sliv'oth, a name that means Infinite, is the name that was given to Rift when he became a full blooded dragon kin with the aid of Dreka and Flyer who raised him during the hatchling stage of his life. Twilight and Abyss took on raising Sliv'oth after he learned to alternate his forms freely and was destined to become the Master of Infinity.

Before becoming the 'Master Infinity', he was simply addressed as Sliv'oth, and is still prefers to be called such while in this state.

Initially, Sliv'oth was black and white with an infinity mark on his back. His coloration and defining features have changed in small ways over time, alternating with his mood and environment. His dragon blood state is the most physically adaptive of all his parts.

For a look at fetishes and other more mature related details concerning this character, have a look here.