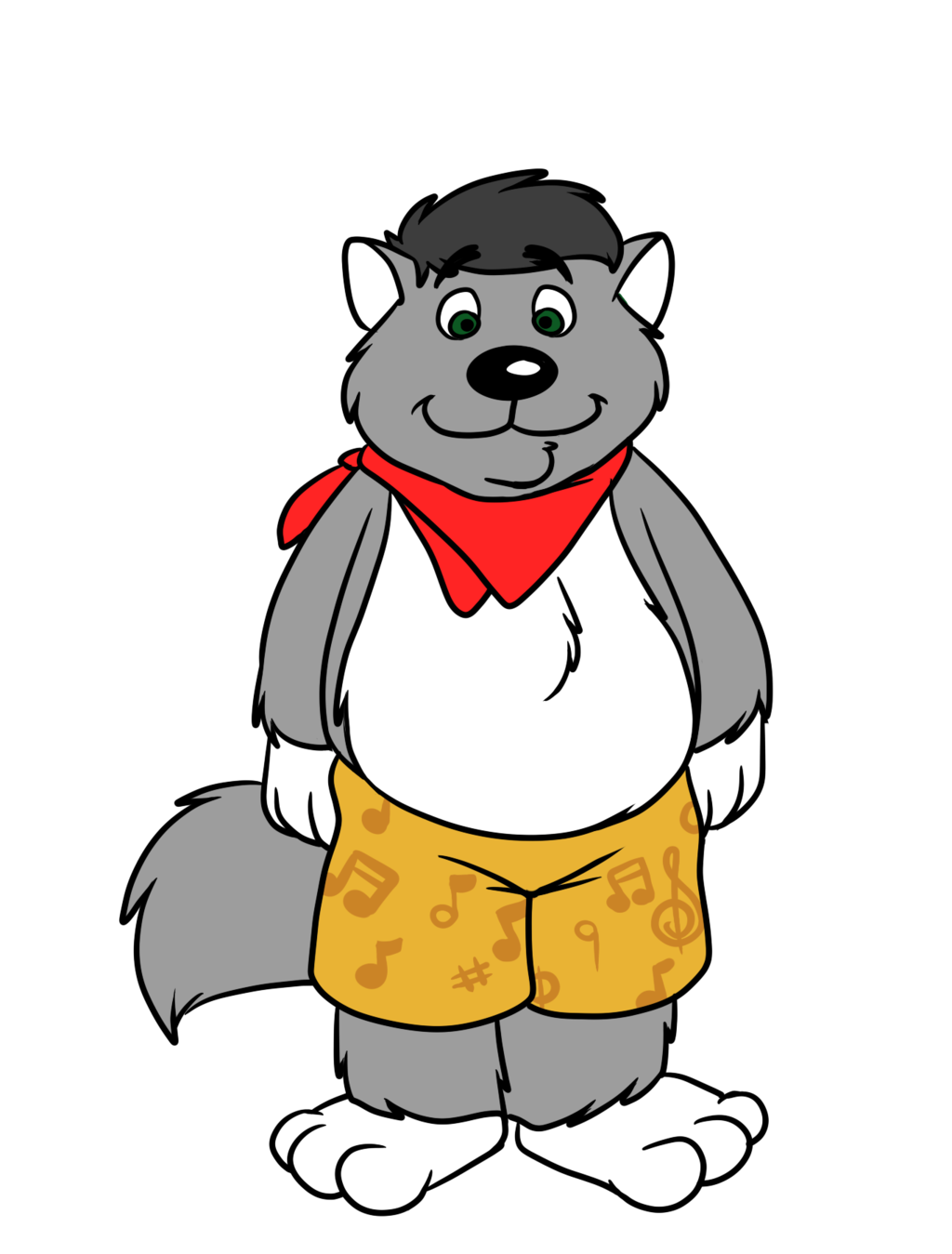 Wally is the only child of Warren David Wolven and Wendy Alicia Wright, and was born in Huntington, West Virginia.

Wally is a very relaxed cub most of the time, and loves making new friends. He has a major ear for music and spends a lot of time in front of the piano. Wally uses his music to express himself in ways he feels he can't do with words alone. Wally took to music during a time where he felt scared and alone as, after the death of his mother, his father began drinking and started to severely neclect the pup. He also would yell at Wally for the smallest things, often making Wally so scared that he would listen to music on the radio just to escape the pain he felt.

Wally also had a habit of playing on his dad's piano, which he had started doing after listening to the music belonging to Birch Draper, and wanting to teach himself to play it. Wally's playing though, eventually frustrated his father enough that he got him lessons to get him to 'play better'. These lessons would be taught to him by, to his own surprise, Birch Draper himself, who, although distant with Wally at first, warmed up to the cub quickly, stunned to learn that Wally wasn't near the 'novice' that he was led to believe.

It was discovered that Wally can could up with music seemingly out of nowhere, and can play almost any song he's heard even if he's only heard it a few times. This has, on a number of occasions, greatly impressed Birch, who helped Wally to go from the simple pieces of music Wally learned by playing by ear, to the more complex larger pieces that Wally has been doing since. Wally began learning a lot more about music, including how to properly read and write it, and how to make his own music instead of merely tweaking what he would hear.

Wally's friendship with Birch would grow to a point that he confided in him over what happened with his mother's death, and the verbal abuse and/or lack of attention he got from his father. Wally was removed from his father's home, placed in the custody of a forster family for more than a year while his father, who began to realize the pain he was causing his son, worked to stop drinking and come to terms with the passing of his wife.

Wally saw this hard work pay off when attending his father's court hearing, though Wally admits, even now, he's sure that a large part of the reason he was permitted to live with his dad again, was due to what specifically happened while within the courtroom that day. Nevertheless, Wally's father was allowed to be with him again, and the two have been living together happily ever since.

He is also quite the chef. In addition to picking up music, he spends a lot of time in the kitchen, making anything from simple meals to elaborate ones. He picked up this skill from his mother before she died, and has not given it up since. He has become so good at it, that he makes things, not only for his father, but occasionally for Birch as well, to thank him for what he had done to help his dad.