A real hare has no name. by Zyonji (critique requested) 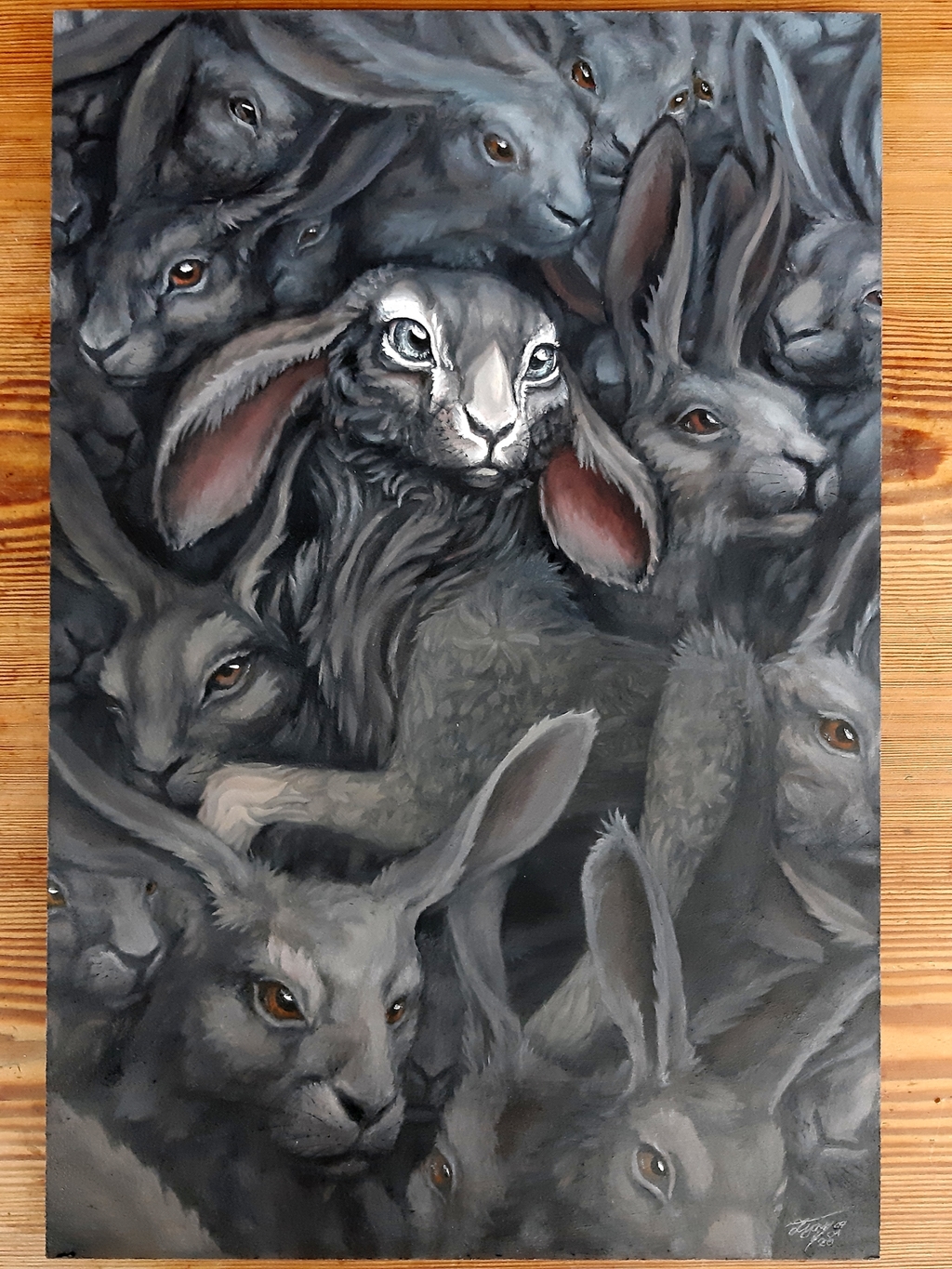 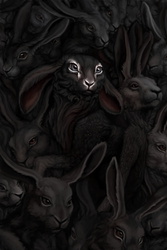 A real hare has no name. (critique requested)

This is my first original oil painting. I started this project by making a digital version of this painting first, to get back into the routine after a few months of having little time to paint. The idea for the painting was an attempt to further develop an individual note in my work by following some advice set out in "Art & Fear" by David Bayles and Ted Orland. It started out by retracing the process of creating "Sometimes you learn by being told what you already know." and then furthering the feeling of disassociation by placing a crowd around the central character. I also took inspiration from the sculpture by Beth Cavener Stichter for the central hare to push a schism between the humanized and the actual hares.

In this painting are 23 individual hares in a tightly crowded space. It's open to interpretation how many more are not visible here. One hare in the center stands out her blue eyes framed by eye catching white markings around them and having an elaborate pattern painted over the whole body. Her features are more human than those of any of the others. Her expression too differentiates her from the rest. She is a hare that easily stands out while still fitting well within the crowd.

The title refers to the anthropocentristic perspective, which distorts the view of any animal taken in particular. Giving a name to the hare, usually comes with ascribing a distinctly human personality, desires and emotions. The human mind is limited in what it's able to comprehend and will make the world conform to an existing model in order to stay functional. The contrast between one hare and the rest aims to emphasize that disconnect between ideas and the actual.