Hidden appreciation in a quiet love. by Zyonji (critique requested) 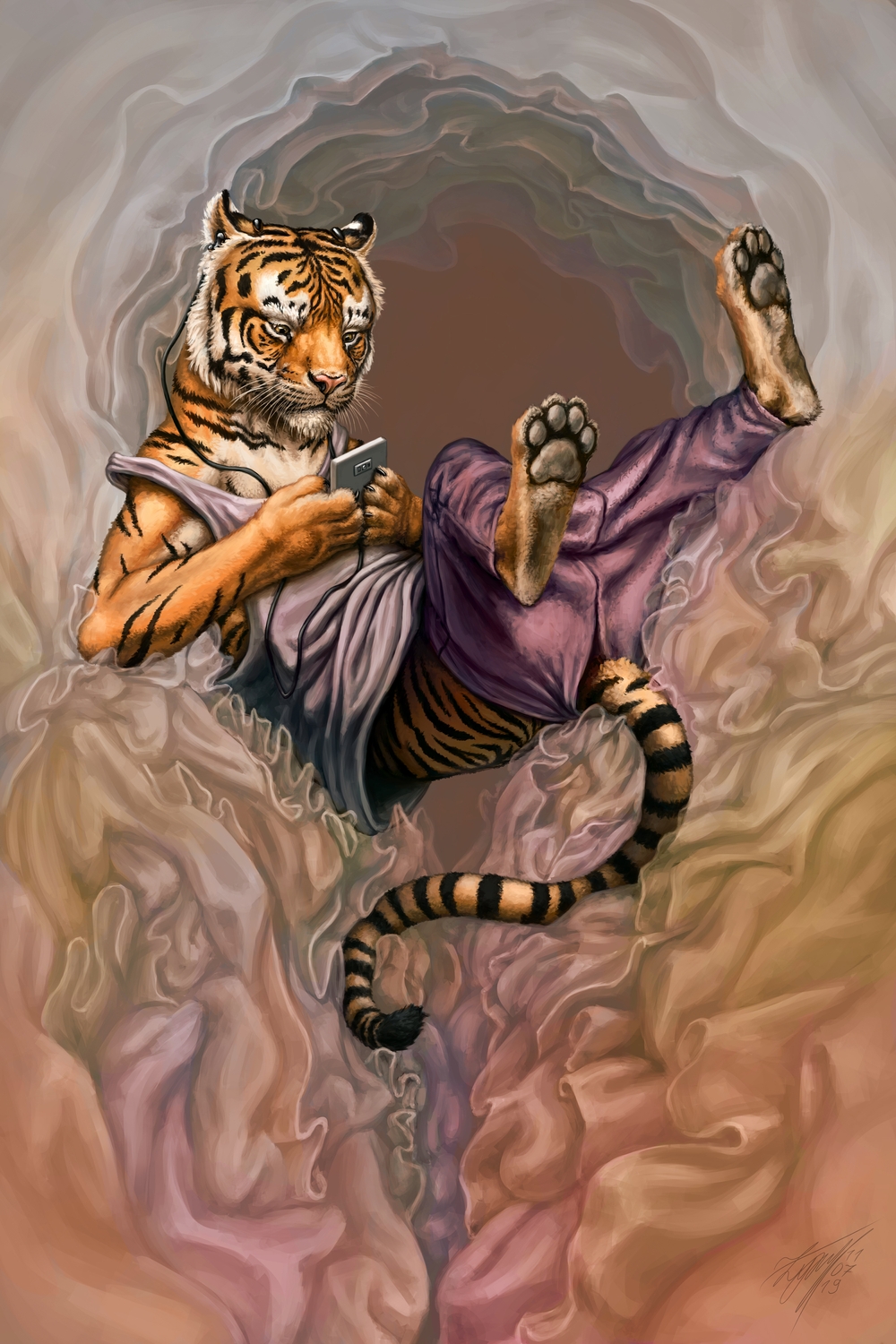 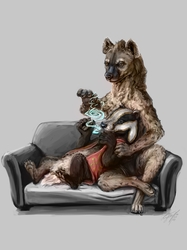 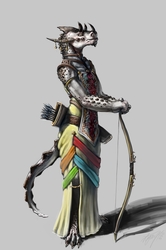 I started this painting a month after I finished the first version of the stag on the spoon. My goal was to have a painting that would fit with the other stylistically, while also contrasting the behaviour of the characters. The decision to make them a bengal tiger and a sambar deer was made when I was planning a series pairing apex predators and their respective prey to contrast different methods of interacting with the world, while the motive of a tiger preoccupied by a smartphone stems from an older painting I made in 2016. The current painting was finished 2019-07-11 and contains several small improvements over the previous version from 2019-01-23.

The tiger in this painting visibly shows disinterest in his physical surroundings. His eyes are focused on the phone alone and the headphones in his ears help to shut out the entire world. His posture and clothes are aimed to reflect his loss of motivation to take action. A disinterest in what others think about him. In the space surrounding him is a mass of soft fabrics without a clear shape, touching him only lightly.

The way all his attention is focused inwards is intended to contrast with the way the stag challenges the opinions of people around him. Both of them face the same struggles, but the tiger in his role as an apex predator presents a different method of coping. He retreats from the physical world to just pursue what he desires without confronting others. A tiger served as an ideal subject for this mindset, because his physical strength ensures that nobody dares to challenge him. My aim was to convey the experience of clinging to the simulation of a life to satiate the longing for a different life.