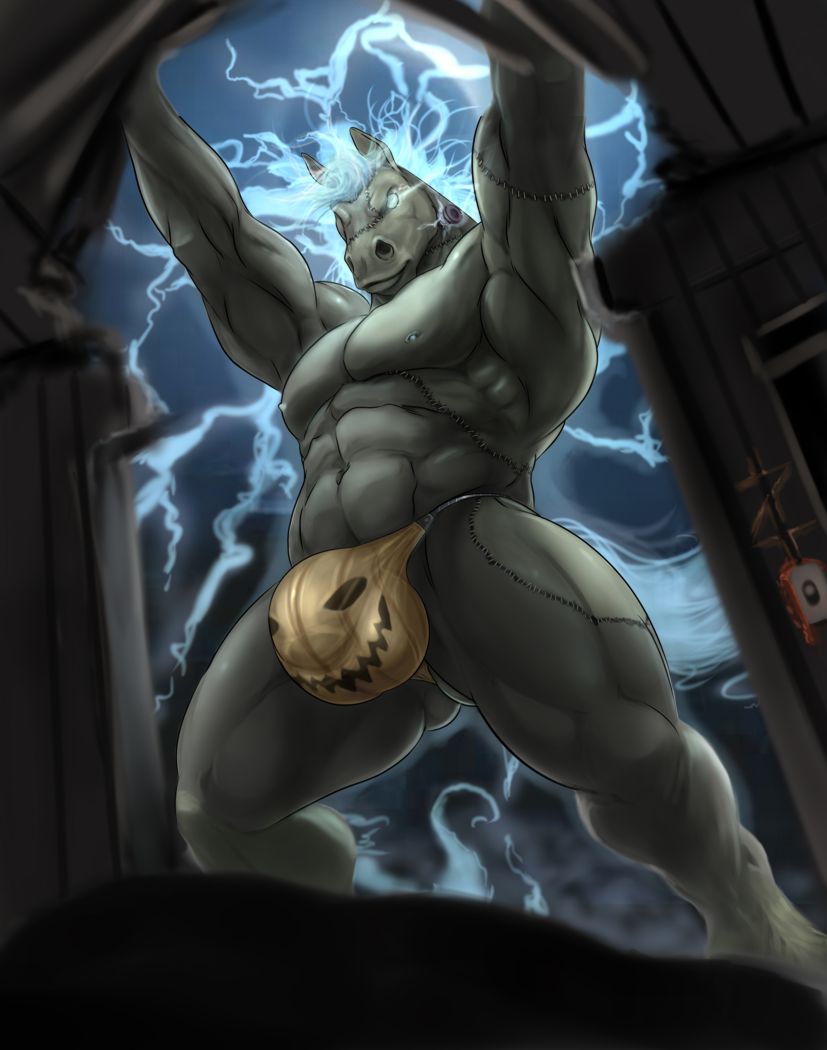 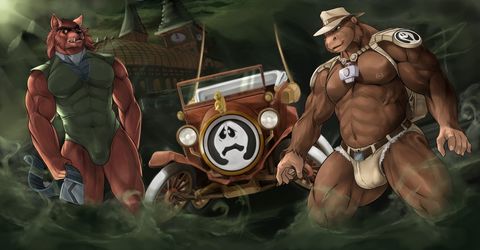 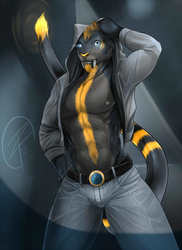 I know that Frankenstein is the name of the doctor and its the Frankenstein monster, and the creature itself has no name. but ppl usually recognize the name as the monster one. so...Horskesntein
I create this one a while iago for a convention poster and year book, but the art was never used

I tried other versions of the same pic. I´ll be uploding them soon too