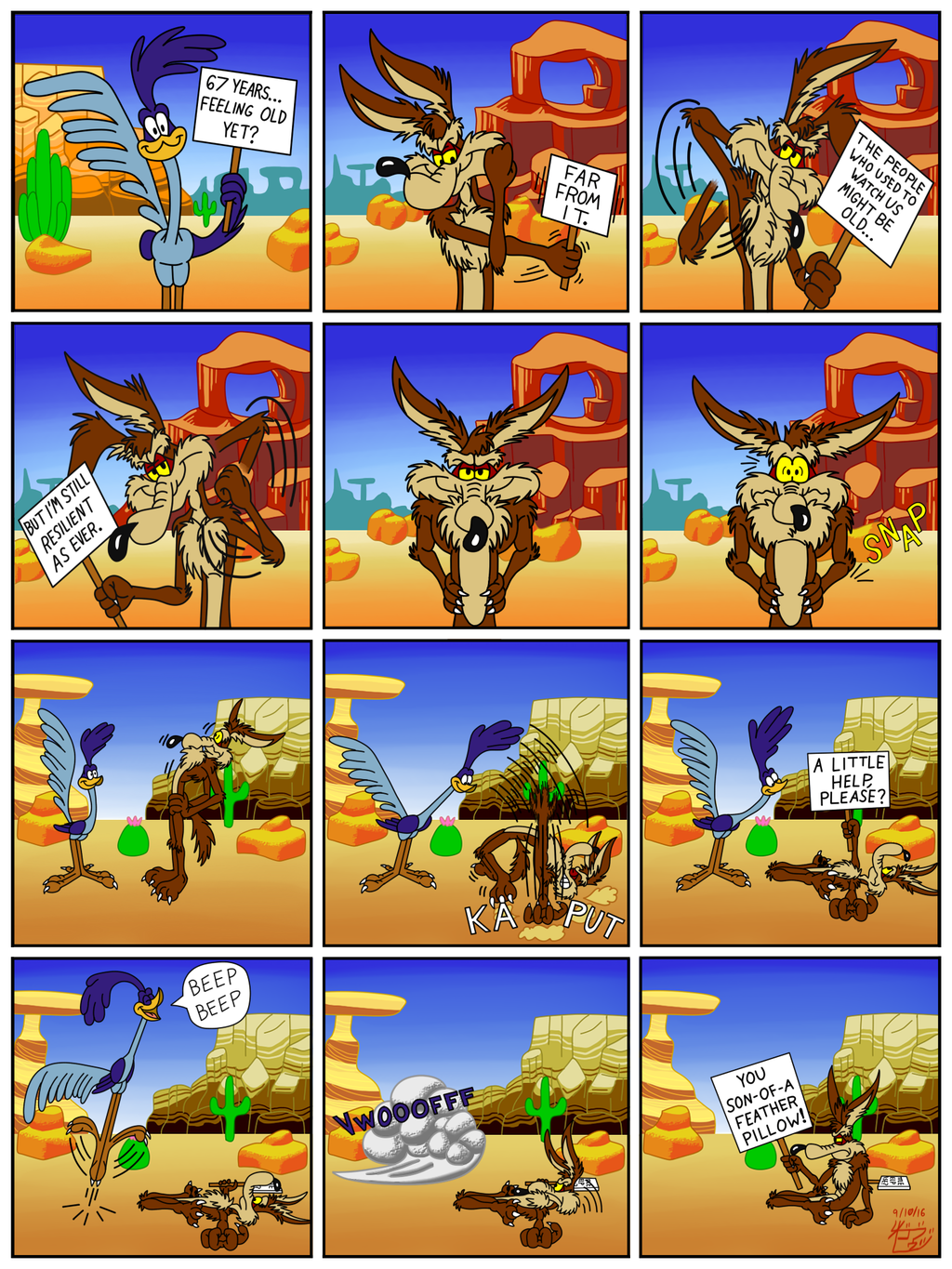 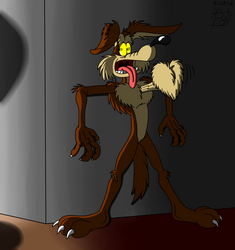 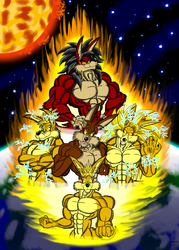 (I originally wanted to upload this on the exact date, but since I finished it a week prior, I figured "Why not?")

A one page comic I've made earlier to celebrate Wile E & Roadrunner's 67th anniversary since their debut on September 17, 1949.

And don't worry, Wile E will have the feeling in his legs back shortly. Blast that Roadrunner.