Is this a dream? by Zareefa-Arts 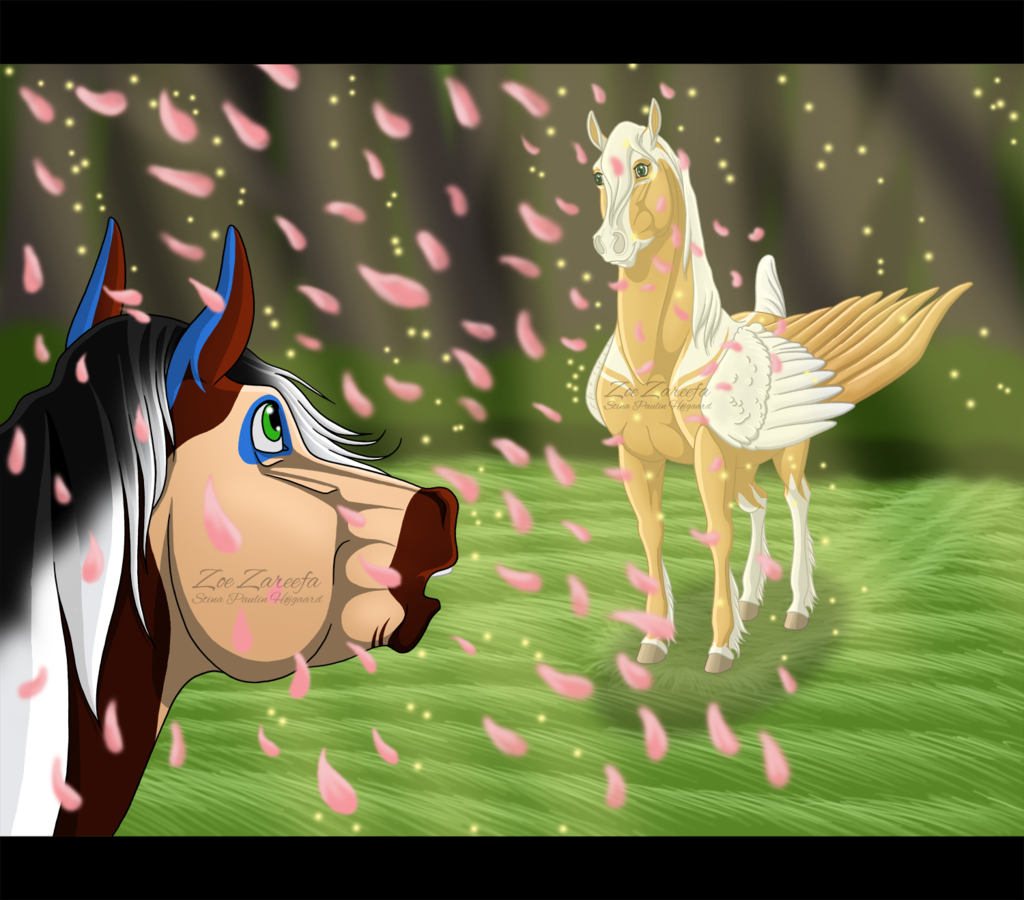 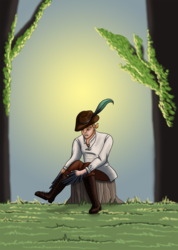 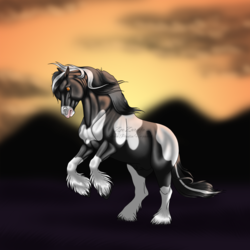 Is this a dream?

Tango fell asleep almost as soon as his head touched the sweet smelling ground. It was so soft and exactly how he'd imagined lying on the fluffiest of clouds. Nothing at all like what he was used to.
The frail stallion barely moved beneath the tree, except for the gentle rising and falling of his very noticeable ribs. He slept so deeply and weaved in and out of dreams, mostly haunted by two legged figures brandishing whips and chains. Tango shivered in his sleep upon hearing the lash, but did not wake. He was used to the nightmares after all.

Then he stirred awake and slowly his eyes began to open. For how long he had been asleep he did not know, but he felt refreshed and began to think that maybe he had a chance after all... maybe he could survive...
Tango lifted his head and felt his heart leap with shock. He made a squealing sound and scrambled clumsily onto his feet - for peering at him were a pair of eyes! He backed up a couple of steps and felt his bony backside bump up against the tree, causing blossoms to shower down upon them. The stallion barely noticed this and only studied his visitor warily, feeling his heart racing. This couldn't be. Another of his kind? But, he had only seen them in the Dark Place. He couldn't be back there, could he? Was his disposal just a horrible, taunting dream? No, no... Tango shook his head, appearing dazed. This place was not dark, it was full of warm natural light and the carpet of green was still beneath him. That could only mean... that this one was free too? Or perhaps... he had died, and this was some saintly mare to lead him into the next life? Tango blinked, looking utterly confused.

Even through his confusion and fear, he couldn't help but notice the mare was very beautiful. Her coat was a creamy golden colour and her mane fell in silver ribbons down her neck. Tango hadn't seen many mares in his life, having never been allowed to breed by the humans, but this one was simply stunning. He wondered if she was as intrigued by him as he was with her.
The stallion didn't know what to say. He stood there staring at her for some time, then finally blurted out the most pressing question on his mind.
"A-are you real, m'lady?" he asked the mare, knowing he must seem very stupid. "Or am I still dreaming?" ~Written by Crimson-Mane

This drawing has been inspired by and roleplay post, written by Crimson-Mane in an rp she and I are in with our OC's Argo and Tango. The ground was originally going to be a clover field but clovers being a pain to draw I decided to go with the grass instead. I also chose my cartoonish style for this picture as it would suit it better than the realism style.