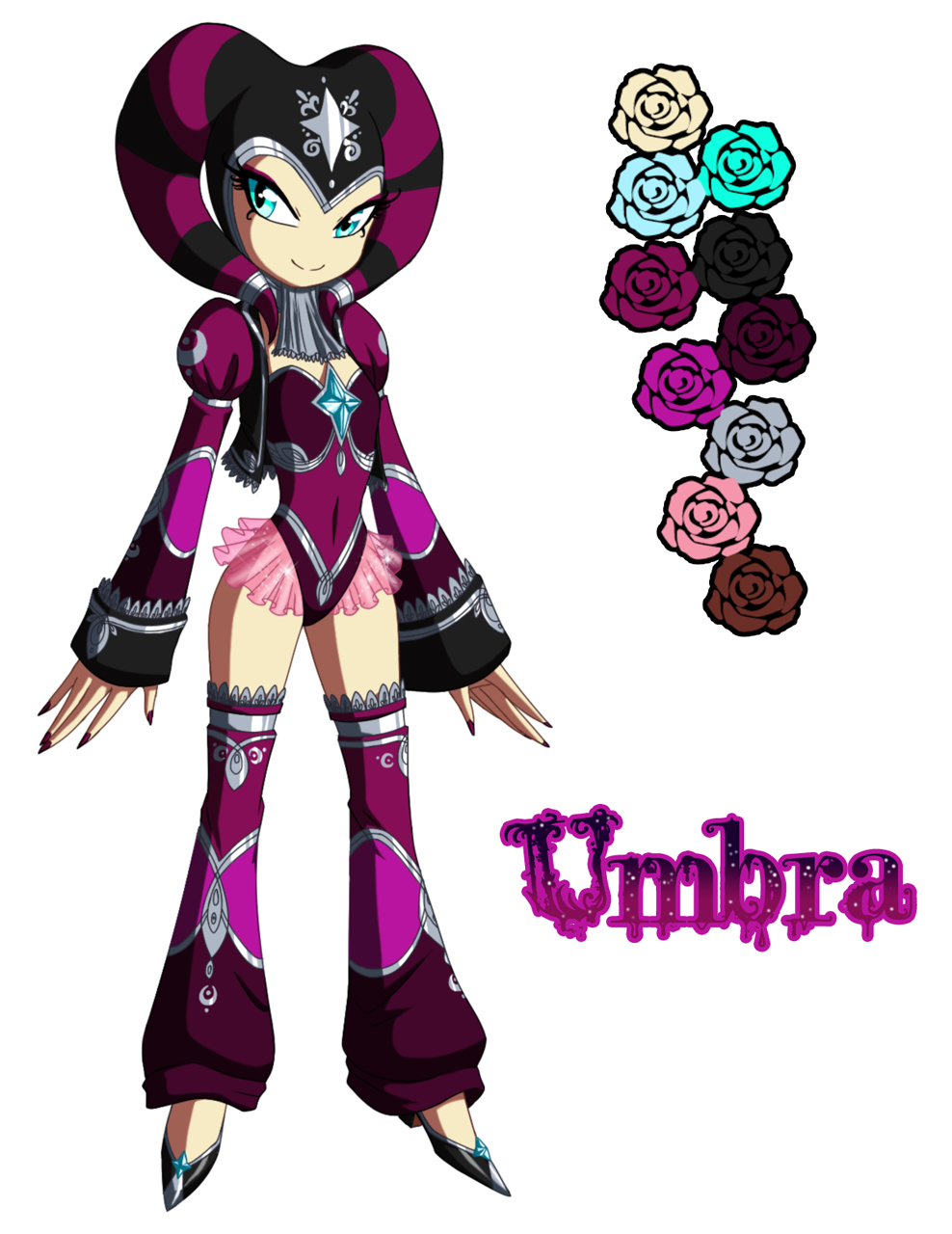 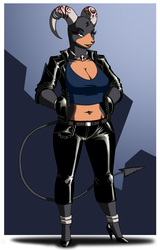 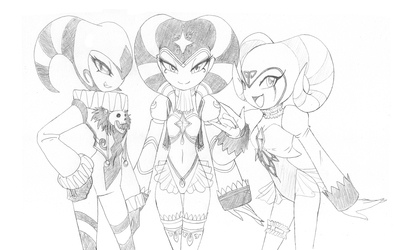 Shit, now here's something I forgot to post...flats have been lying around since I got home so I decided to toss some quick cel shading.

It's unknown when or where was Umbra created-with Wizeman the Wicked dead, there was no telling who was responsible for creation of this specific Nightmaren-some believe that the release of his energy after his death might have been the cause, or she was simply hiding until after his death. Like Nights, she survived Wizeman's demise without vanishing, freely roaming the Nightopia.
While she appears to be a regular jester-like Nightmaren like Nights and Reala, there are two things that separate Umbra from them:
-while Nightmarens are genderless by default, she seems to identify herself and demands from everyone to refer to her as female. Considering her behavior and physical appearance, this is no surprise.
-Nights and Reala seem to lack wrists and neck (hard to notice because their limbs are concealed by the clothing). Umbra on the other hand seems to have normal limbs, wrists and neck included.

Much like Nights, Umbra is a mischievous, fun-loving prankster, although she seems to be more cautious and aware of the consequences her actions may bring. Loves to use her shapeshifting abilities to confuse her "victims", and seems to posess a relatively minor ability to manipulate objects or surroundings in the dreams. She also seems to have a liking for more bizzare dreams, bordering on that fine line between a regular dream and a nightmare.
The gems on her chest and shoes, unlike Nights' red Ideya gem, don't seem to have any special abilities and serve merely as ornaments.