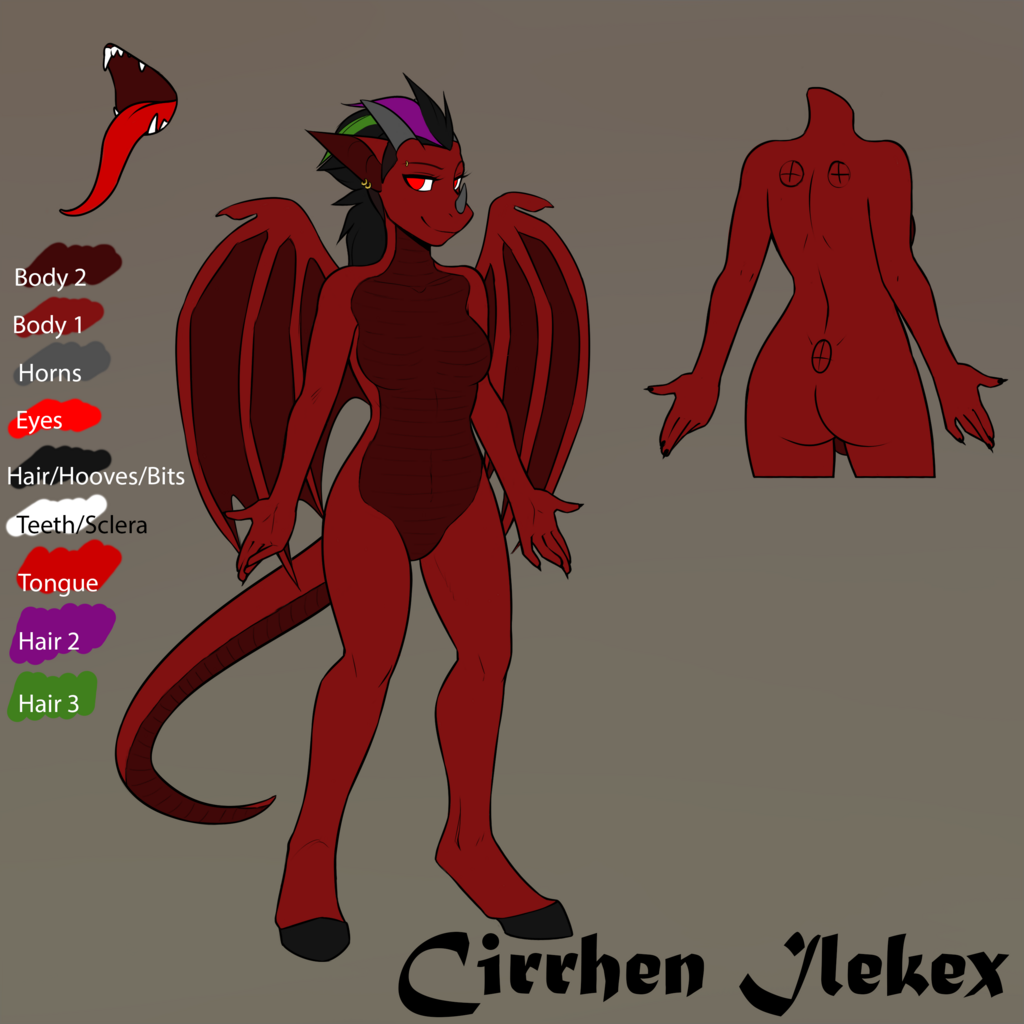 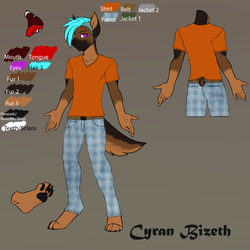 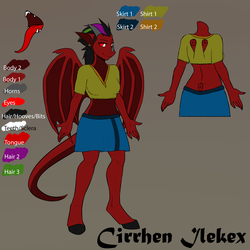 So I've been thinking about some of the roleplaying things I've been curious about for Xetem (especially possible alternate takes on him) and I got to thinking of his family as alternate characters to RP as. So I pulled out some of the names of siblings I had written for the Pokemon Fusion MUD. And here's probably the one and only sibling I'll draw art for, as his other siblings are young enough to both not work with the base, and not be allowed on most sites in their fullness.

But here's Xetem's only sister, Cirrhen (pronounced [Seer-en] as opposed to Cyran [Sy-ran]. I know, it's similar, made them independantly of each other I swear.)

Base and Parts by LockworkOrange
Assembly, Adjustments, Clothes and Color by me