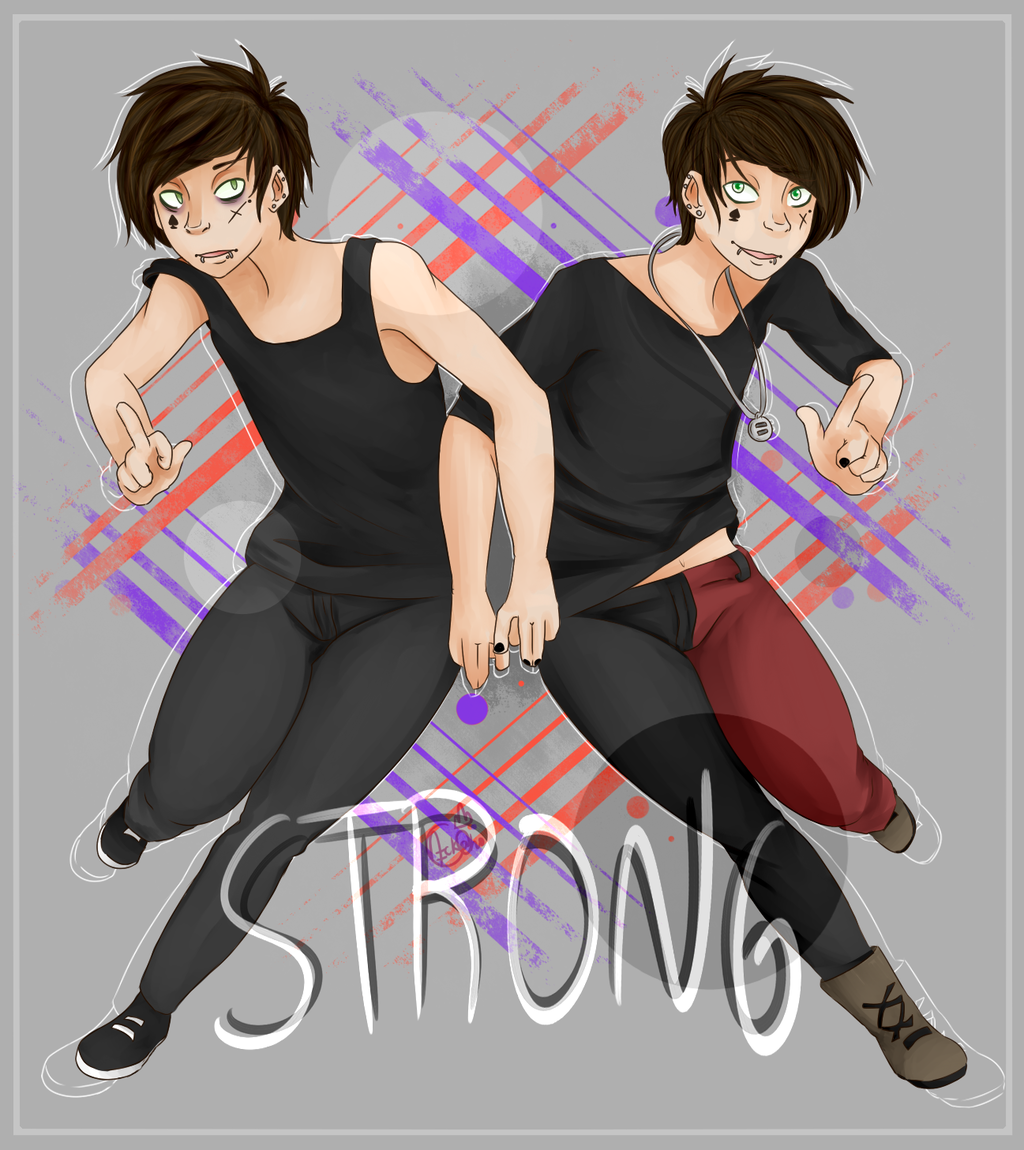 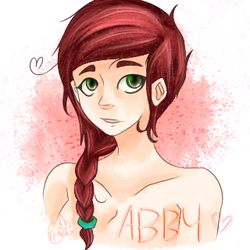 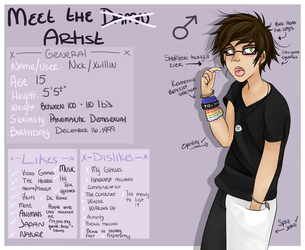 I'm Xulllin and I suffer from various mental illnesses in which have taken over my life for the worse. And it was quite the unfortunate fate for me to even acknowledge them until this year, when I was obviously being swallowed ever so slowly since year seven of my school year. I am now a sophomore in highschool (Year ten) and I'm completely tired of being like this. I want to be the closest to who I was before, and I believe that doing this would lift a great weight off my shoulders. That I won't have to hide much of who I am anymore. You don't have to read it, but I'm sure it would let much of you know that you aren't alone.
My true name is Nick, and here's my story;

Growing up, I've always had terrible separation issues in which my parents couldn't even drop me off at preschool without me breaking down into tears. Same thing happened when my parents went to the gym and dropped me off at the small daycare in the gym. This lead to many various things such as the staff of the preschool locking me in a dark restroom all by myself in order to shut me up. Of course, that didn't work. I had a terrible fear of people alone. There were various days in which I would follow my father around the house in complete silence, just because I hate being alone and apart from those I love. When he would go to the restroom, I'd just stand outside of the door in silence and wait for him to come back out. And because of all of this, I was afraid to sleep by myself until the fifth grade and a little bit of middle school since my younger brother would sleep in my room. When he was asleep I would pick him up and bring him over to my bed.

Rewinding back to my elementary school years when my parents were still married.
There was not a single day I would go without crying. Either my mother would yell at me, or my parents would be arguing. And they argued quite often, dare I say every day. This is what has lead me to not being able to handle yelling nowadays. It makes me incredibly nervous. Therefore, due to my parents arguing a lot, and both of them cheating on each other, they finally divorced when I was in the third grade. My father kicked us out of the house, leaving my mother, my brother who was a few months old, and me to go find an apartment in which we stayed at for about a year until we could not afford to pay for it much longer. We were left homeless for a few days until a friend of my mom's, who now is my stepdad, offered for us to stay at his aunt's house. We lived there for a few months while he helped us find a new home. It was a two bedroom, one bath house, which was pretty good for us until my grandma and older sister finally moved in with us from Puerto Rico.
Keep in mind that my whole life up until my younger brother was born, I technically lived as an only child. My older sister never lived with us. She would live with my grandmother in Puerto Rico and we would alternate visits.
Now there were six people in a two bedroom one bath house . . until my mom got pregnant and had my younger sister . . making that seven people in that small house. My grandmother and older sister couldn't take that and decided to move out to a house down the street about a year later. My mother lost her job due to my father and his girlfriend setting shit up. I would constantly try to visit my father here and there, but he would always bail out at the last second, or just not even show up.

From the end of my elementary school years to the beginning of my middle school years, my social anxiety began to grow worse. Not only that, but I was facing some serious issues at home by my stepdad . . molestation. . I wouldn't tell my mother because of my anxiety, and the fact that my stepdad threatened me if I told anyone.
We moved into a slightly larger house during my sixth grade year; a three bedroom one bath. It was a little bit after that where I became curious about self harm. I've heard about it before, but I thought it was quite ridiculous. So I tried it once, just to see what the big deal was. I wasn't pleased with it, so I set it off for about a year.
My seventh grade year. This was the year I completely crashed. Three/four years of my stepdad molesting me, and that whole time, I was trying to find a way to tell someone. Some of my closest friends knew, but that was about it. It was not until my stepdad really pissed me off one day that I told him off in a text to my mother, confessing what he had done. I forwarded the message to my older sister who was spending the night at that time. She had been a victim of rape, yet the only family she had ever told was me. I trusted her, and still do. She is the only family member I can tell anything to without worrying of being judged.
It was seconds later in which my mother came bursting into my room, demanding me to tell her more. Violence broke out between her and my stepdad, but my stepdad denied everything, and my mother was left to believe that I told her all of that just because I was angry towards him. I was heartbroken that my own mother didn't believe me, and it drove me into a severe panic attack in which I passed out. It was then and there that I began to self harm frequently.
A week later, my mom spoke to me about it, and I proceeded to explain to her that the reason why I didn't want to tell her all of that is because my stepdad was the person who helped us not be homeless. He has helped us through so much, that I didn't want to break them apart because I feared my family would be on the streets again. My mom proceeded to tell me that she believed me, but that she is still going to be with my stepdad until she found a way for us to leave him in the dust.
Eighth grade was really tough on me. I grew to dislike my mother, because despite everything she told me, she still would treat my stepdad with the same love that she did before. Towards the end of the eighth grade, my mother and I got into a huge argument, and blood was involved. Not much, but since my mother has never hit me to the point that I had bled before, I was traumatized. The next day, I was terrified to come back home, and purposely missed my bus. My mom called my phone when she realized that I didn't come home, and she came to go get me. Her tone over the phone was calm, which had lead me to tell her where I was, since I thought that she was in a far better mood. The next day, my mother called the school and asked for them to make sure I got on the bus. The counselor called me up to speak with me because my mother had told her a bit of what had happened the previous night. Not knowing what my mom had and hadn't said, I just told her everything, which lead to her calling social services. And investigation went on for the violence, however I was also still pissed with my stepdad, so I told her about that too. That lead onto another investigation on top of that. My stepdad was forced to leave the house and so was I. I went to live with my grandma.

I spent the first two nights with my father, since I was just visiting him. My mother told me when I got home, I would pack my stuff up and go with my grandma. However, my grandma was the one to pick me up, telling me that my mother went to the beach with my younger siblings in order to wind down all of the stress and that she would be back that Sunday. I proceeded to transfer my stuff to my grandma's house.
Sunday came and went and my mother and two younger siblings never came back.
No one knows where she is.
No one can get in contact with her or my stepdad.
The investigations were forced to close.
The social worker ordered me to live with my father. My father didn't want to take me in until my grandma, his girlfriend, and the social worker told him to.
So here I am.
A little over a year after my mom's disappearance.
And I'm still waiting. . .
Frankly. . the longer it takes for her to get back. . the more scared I am of even seeing her again . . .

I'm Nick. I am a fifteen year old highschool boy that suffers from depression, social anxiety, antisocial disorder, MPD, insomnia and various other mental illnesses in which my psychiatrist has all diagnosed. My father is 120% against pills, and doesn't let me take any of them but only my depression and anxiety pills here and there. I've had a few suicide attempts, and have countless scars. My life may not be perfect, but I'm content with it.

I was inspired to do this by Fight Song by Rachel Platten . . because I want to prove to myself that I'm alright, despite the difficulties I face every day.