Gang of Four by Shelbie Copas by Xinjinmeng 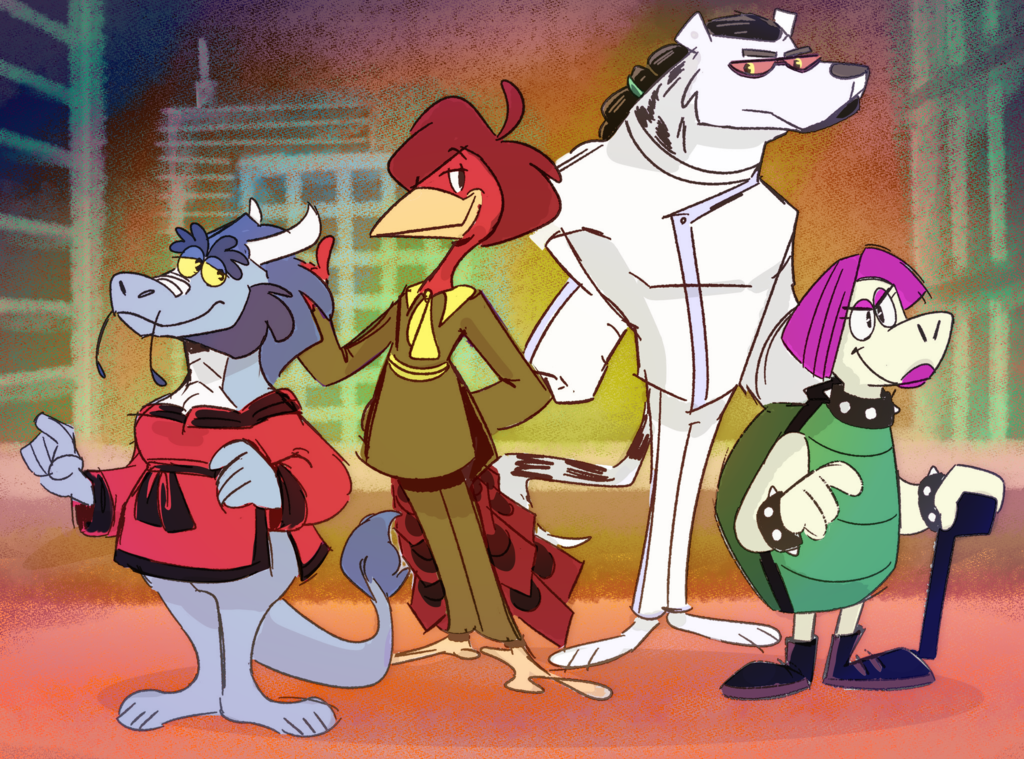 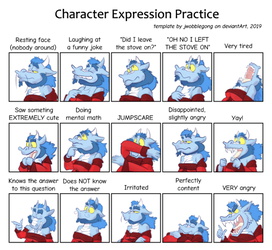 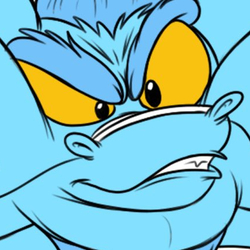 Gang of Four by Shelbie Copas

GO BANG(unsold pilot, 2012)
Competition between the eigth-generation consoles created the strange "channel wars", where each manufacturer claimed they would have their own exclusive multimedia content for downloading. While these projects never went through, several studios were contracted for work. At the same time, the Toonapalooza basic-cable channel was under new management, where they were re-tooling their network to have more live action shows, cancelling over 80% of their current animation line-up. This left the acclaimed director Szent Álnév and his studio with nothing to work on. Seeing a new market in digital delivery, Álnév used his own venture-capital to keep his studio running, and he hired veteran comedy writers George Bang and Joe D'Agnostico to give him a hit.
The resulting program,Go Bang, is bizarre even by Gen-Z stoner standards. The cast are a variety of anthropomorphic animals, plants, and machines, living in some sort of degenerate future that appears to be partBlade Runner and part Spongebob Squarepants. Only one episode has even been produced. Strangest of all, the program appears to use conventional cel-animation that was later post-processed with morphic tweening, but then poorly interlaced, which causes the characters to wobble as if underwater.
While never actually sold, the single episode did appear in Altamont's "uPix" service for six weeks before being de-listed. The channel wars ulimately folded, as the console makers retired their exclusive programming services. Ownership of Go Bangappears to have passed to Forbin Multimedia, the company that posts DMCA takedowns whenever the episode appears on popular streaming sites.