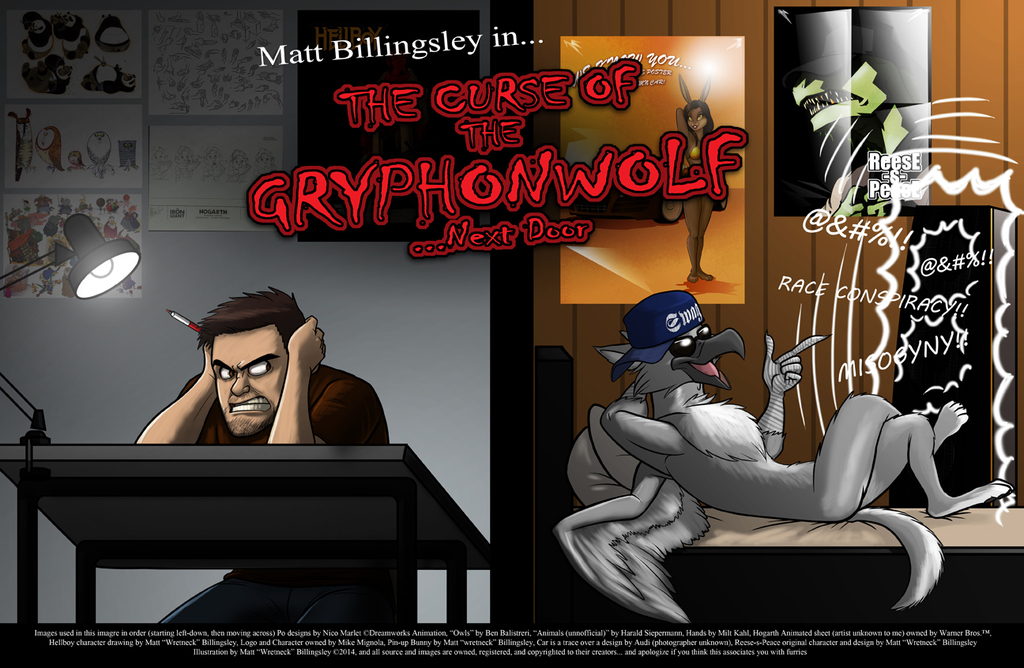 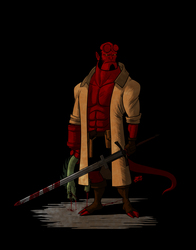 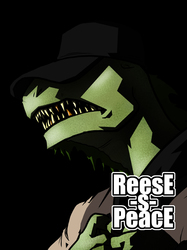 (Oh, this looks terrible! Kind of hurts when the pseudo Rapper and Pin-Up poster are the best things in this piece: 2/27/15)

giving away too much information with my name in the picture... though not really

bleh, here's the answer for "Matt Billingsley and the Curse of The Gryphonwolf", suggested by

indagare, the only goofy idea I could make out of it.

Started out all inspired, but kinda got stale as the project went on. Mostly put all my efforts into the posters in the background (the one's I drew) that are now getting obscured by the big horror logo I made using default Microsoft fonts

final thoughts are just "...", glad it's finally over

don't know if that "Gryphonwolf" will be in cannon with anything involving Me, both real life me and Head-Check™* Matt

the posters containing content not made by me are as credited (top-bottom, left-right)

*Head-Check: series in development, which is where Wret Woods (the blue wolf you all know) has any relevance