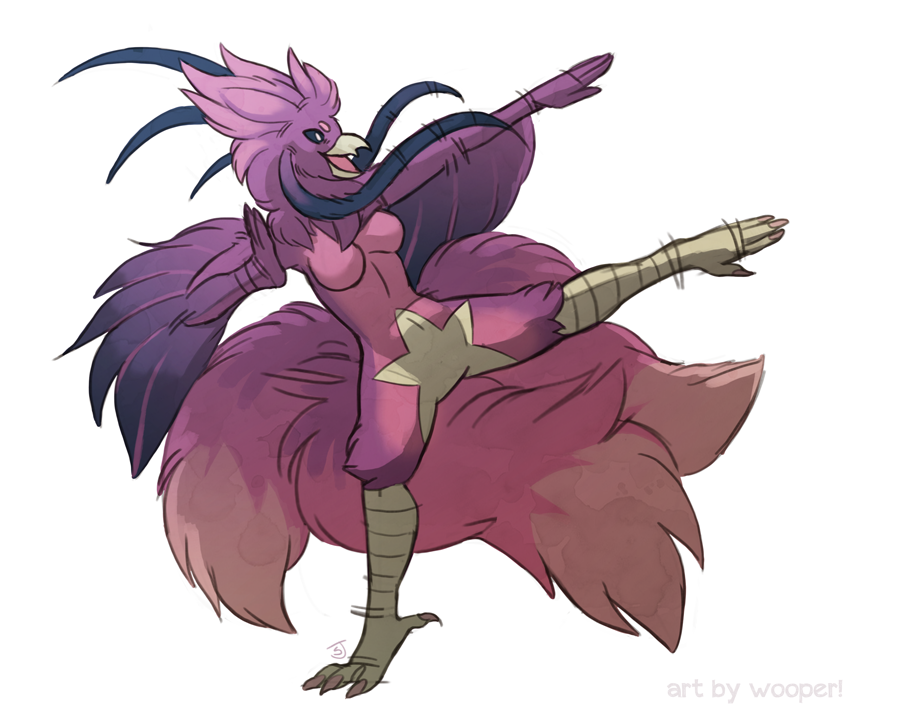 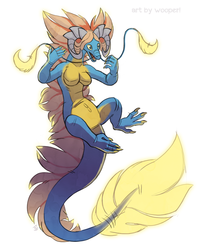 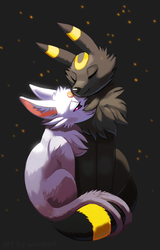 Mega evolution eight of eight! FINALLY! Skylar here is usually a mercenary in her normal form, so in her mega form she obviously also gains amazing martial arts abilities. XD (Because you know, pokemon with guns isn't a thing... though now that I'm thinking about it, guns + pokemon has the potential to be pretty awesome.) I particularly like her feathery tails and the star on her lower stomach. I feel like her feathers would turn into something akin to a silkie chicken in this form (http://photorator.com/photos/images/silkie-chickens--30013.jpg), so they'd poof out like fur but actually be feathers if you looked closely.