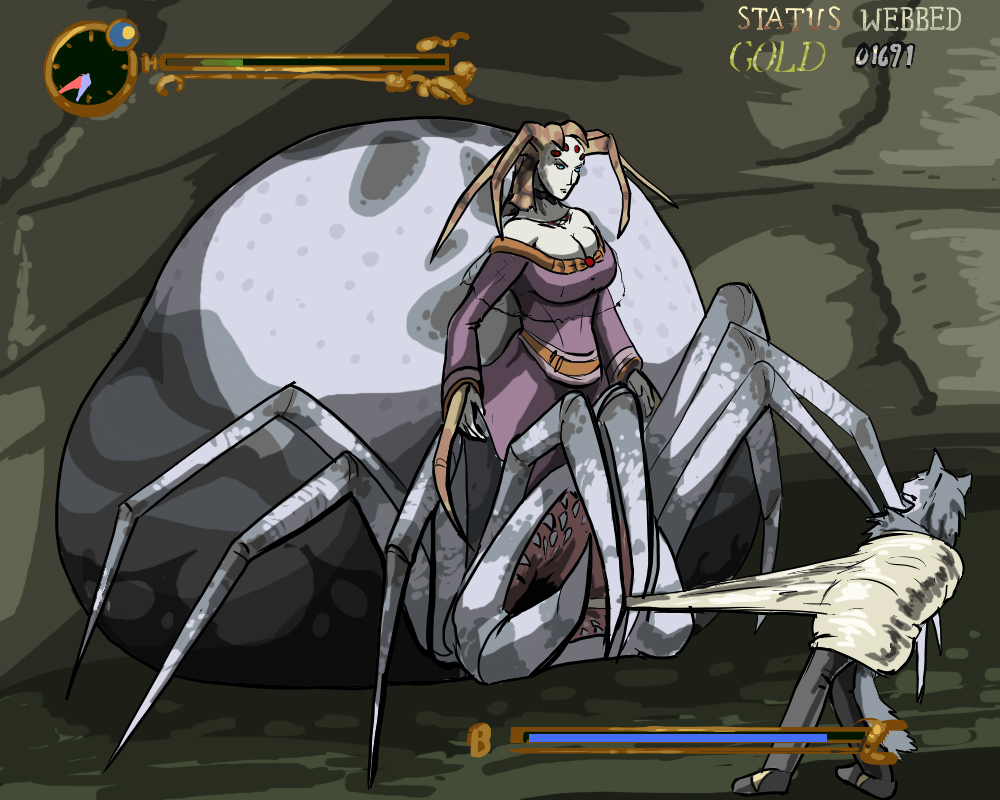 Another Castlevania themed pic done by

Here Cornell has found his way down into the Underground tunnel system under dracula's castle, having fought his way though the hordes of bats, spider women and other nasty traps, he comes face to face in a battle with Queen Algenie of the Spider people.

After managing to get some hits on the queen, Cornell's luck runs around as a stick web shot springs out and snags him, trapping his arms at his sides as he is pulled towards her, struggling to keep his footing in the drag, seeing her massive mouth opening up.

Algenie wishes to swallow the werewolf whole, chewing and draining the life out of him inside her as she pulls him closer and closer, the werewolf struggling to escape and before his sucked dry.