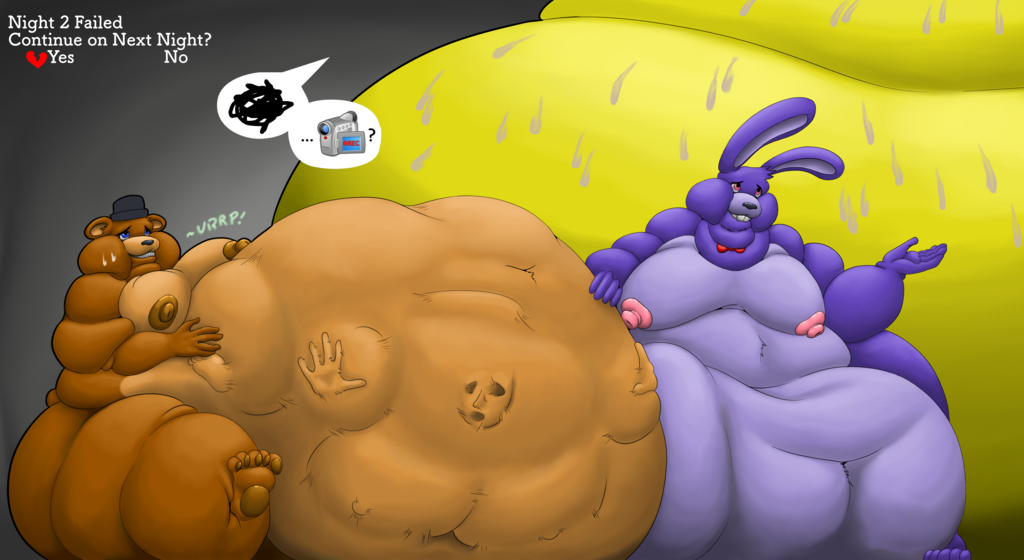 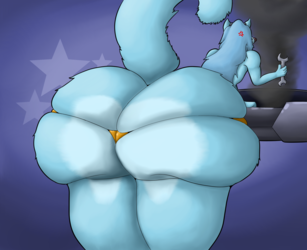 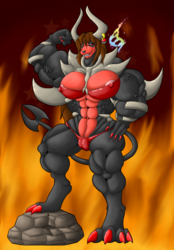 Sorry Freddy but Queen Chica would have to find out sooner or later why her meal has not turned up yet for the night. Also look like Bonnie is defending Freddy on the idea that everyone else should get a turn on stuffing and voring the Night guard. Queen Chica is pouting at the thought but I suppose even a Gluttonous Queen is fair to her subjects. Looks like she will allow it on one condition... that when Bonnie and Foxy have their turns, they will record it for the Queen's amusement. After all what better to gorge food when ya watching dirty stuff anyway? LOL
Night 2 has confirmed as a fail for the night guard, which means his uniform will be lessened more for humiliation!

(Yea forgot to mention, when the Night guard fails a night his uniform becomes more and more less)

The Series will continue to the Night 3.