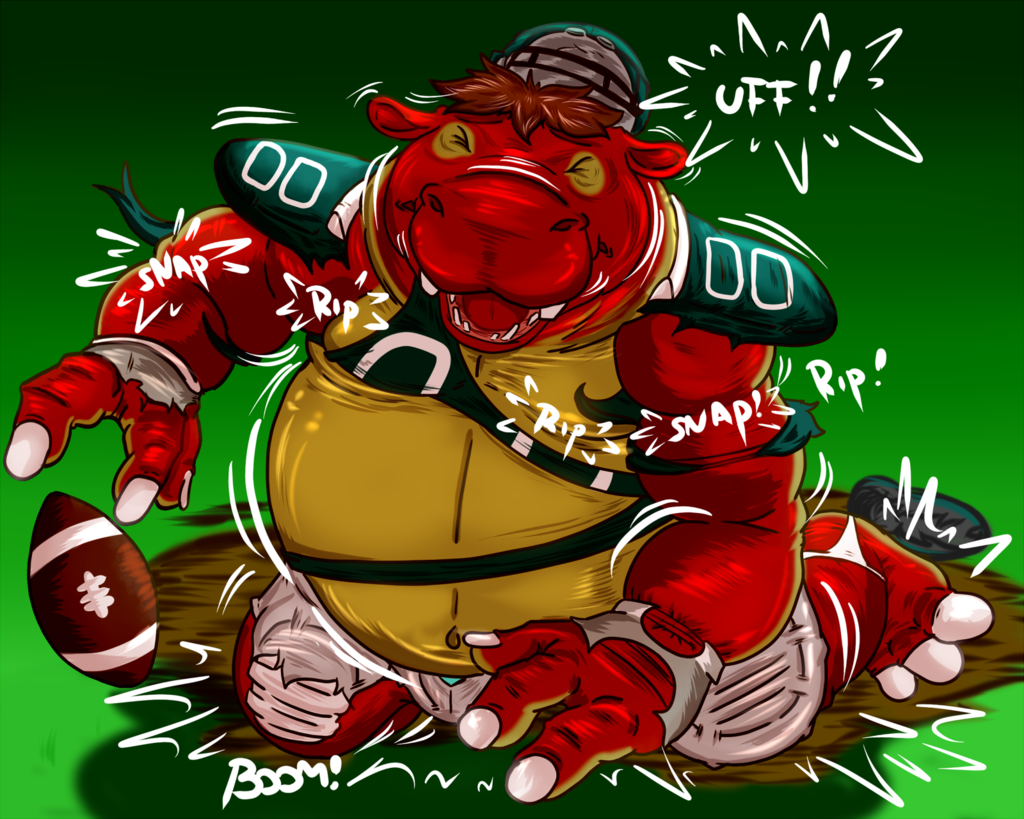 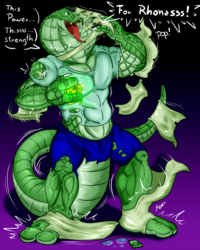 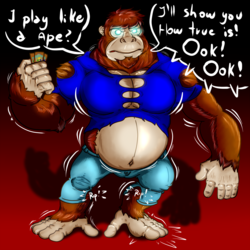 There were information that weird puddles of mud appeared on the game field after the visit of a weird big and large shade figure, either way the game wasn't cancelled. Pheagle was ready to make the first score goal of the game when he trip over one of those mud puddles and started to swell, to increase in body mass, fat, lard and muscles started to take over his body.

To the surprise of everyone, instead of a Eagle like everyone expect to see him change in his games (He is an spectacle of it's own) he became a big and fat red Hippopotamus.