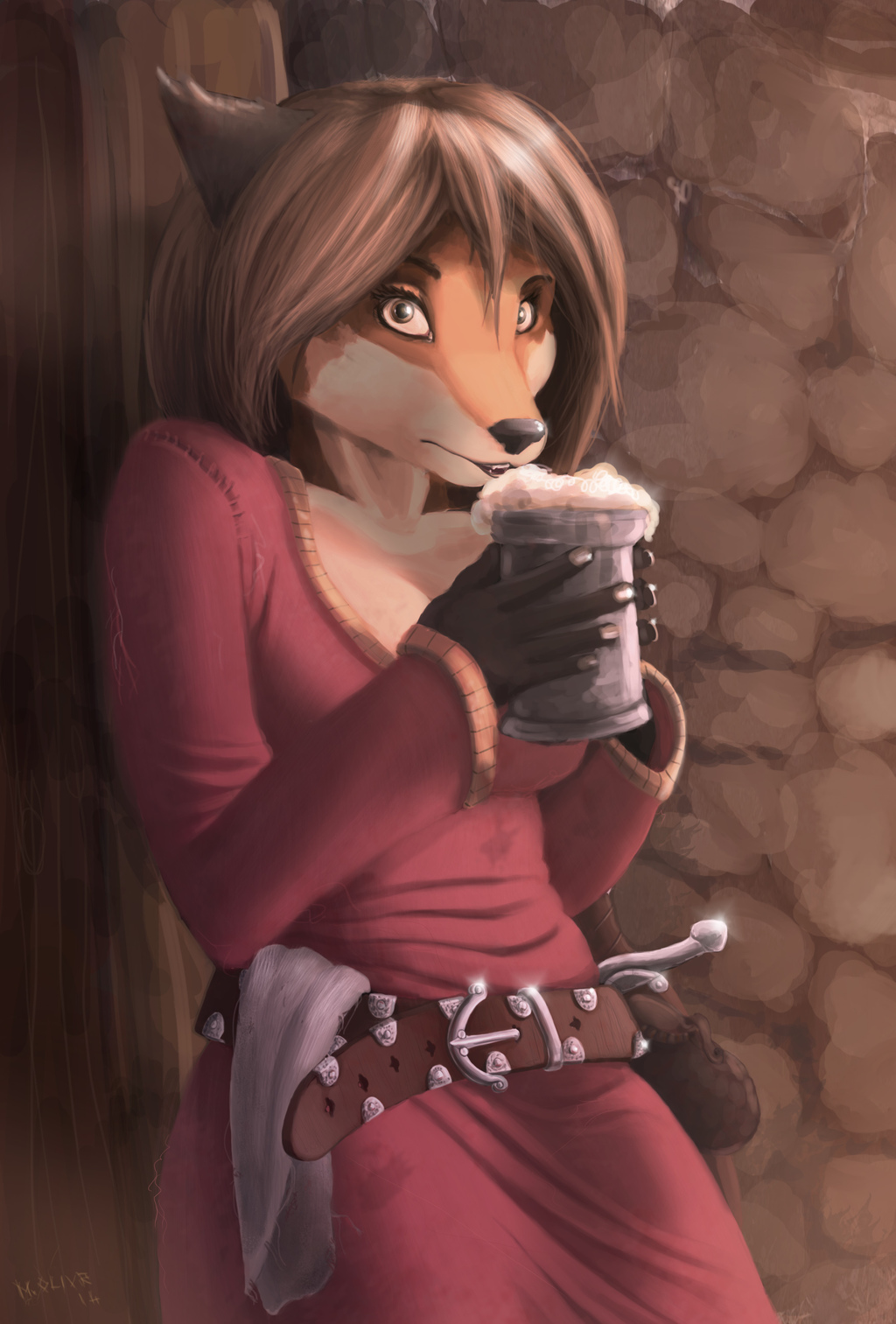 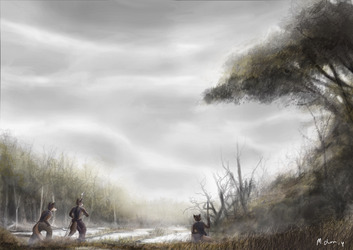 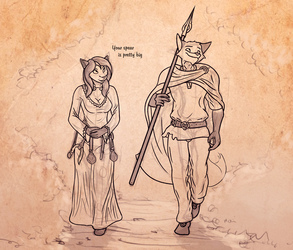 “Well I think theses people could be the judge of that” he said teasingly and served an awaiting costumer.

The vixen gazed at him craftily seeing the cheek in the male's eyes.

“I'm sure you couldn’t do any better.” she chuckled.

“Perhaps not, but what would you say after a drink together?” he asked and her ears stood up a little and she glanced at him “Maybe,” she replied with a smile and at that moment there was a mighty splash as a drunk spilled ale upon the floor.

“Oh look” the vixen sighed “There is something for you to do, rather than detracting me from my tasks” she chuckled teasingly.

But the vixen shook her head "Go on mop boy" she said with a smile and sent him on his way.

The male sighed and rolled his eyes at her, taking up his mop to wipe up the spillage.

Alone at the bar she grinned as he looked back with light-hearted disappointment upon his face and she tended to her drinks, her smug smile broad across her face.

Ah so its been a while. I must admit I have had lots of time off but done very little presentable art for you guys to see. I had to do something personal as of recently because I was given a commission and was working on it for ages. In the end it just stressed me out and really effected my mental health as I was constantly becoming more and more stressed as each day went on, I don't know why either. I had to cancel it as it was driving me up the wall so I did this instead to gain what sanity I had lost over the past few days of not going outside ect.
Haha anyway she's a bit of a tease this one, in more ways than one.
hope you like her.
Matt :)